On the 26th of July, the latest version of MIUI was announced with the Xiaomi Mi 5X and since then, the stable version could not be used by other smartphones. Recent reports suggest that it will be available for download before the end of October and now, Xiaomi just announced that MIUI 9 Stable Version is available for download via OTA update. However, only two smartphones that can use this update and your guess is as good as mine, the Xiaomi Mi 6 and the Xiaomi Mi Max 2.

MIUI V9.0.1.0.NCAMEI is being rolled out to the Mi 6 while MIUI V9.0.1.0.NDDMIEI goes to the Mi Max 2. These are some of Xiaomi’s latest smartphones and it is expected that they should be receiving a stable version of MIUI 9. 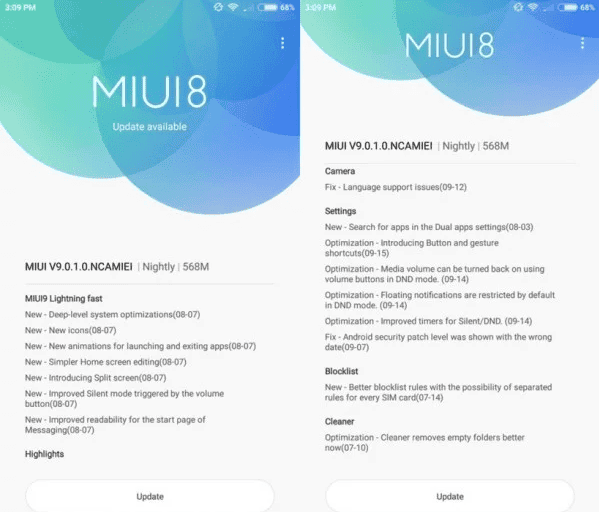 MIUI 9 Stable Version offers a stable and smooth performance without bugs. From what we know, the MIUI9 comes with split screen feature which is not compatible with all Mi devices, new themes with vivid colours, ultra-modern design, simplified and optimized system, Bluetooth list display optimization, network assistant, better safeguard from accidental tapping of the Dial pad, improved timers for Silent/DND mode, and many other features. Nevertheless, we will have to wait for users to install the stable version to confirm what features it brings. 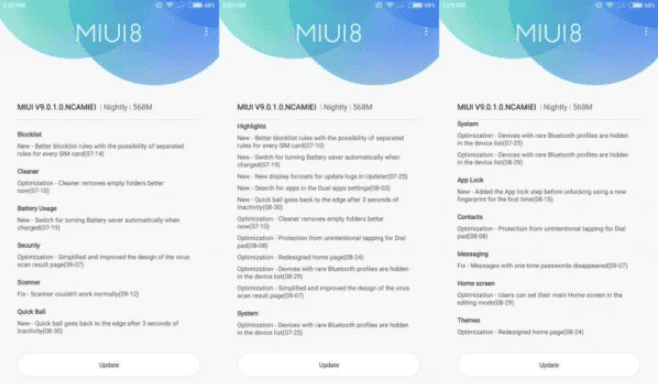 As usual, there are two ways to get the MIUI 9 stable version. You can either wait for the OTA update push notification and install it or you get it manually by visiting the MIUI forum and download it yourself.

Next LeEco Le Pro 3 for just $176.99 and more at Lightinthebox's Halloween Promo