After a first official launch in the Malaysian market, the Honor 6A Pro now hits European markets starting with Italy. The budget Android costs a mere 29€ for a 10€/month contract with Italian carriers and for this money, it seems like a very decent device. 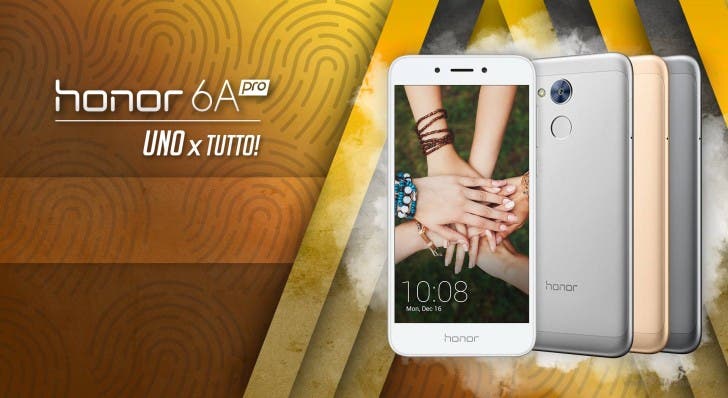 In case you missed it the Honor 6A Pro is a 5″ smartphone with a HD 720p resolution and it runs on the tried and true Snapdragon 430 processor. Since this is the “Pro” version, it comes with 3GB of RAM and 32GB of storage which is expandable via microSD. On top of that, you also get a 3020mAh battery, and a rear fingerprint sensor.

The camera package here is also not too bad, with a 13MP rear camera that can supposedly focus in just 0.5 seconds, allowing for better shots in fast paced environments. The front-facing shooter on the other hand is your typical 5MP camera affair.

The Honor 6A Pro will run on EMUI 5.1 based on Android 7.0 Nougat, and the device comes with a solid metal build.

Next Sony H8521 Pro-A appears on GFXBench, next flagship from Sony?