The news about the upcoming 360 N6 Pro have been buzzing the net for a long time. Today we even got acquainted with the sketches showcasing how the phone will look. But appearance can be a selling point only for low-end models. The 360 N6 Pro is going to be a super mid-range smartphone with a number of high-end features including a full-screen. The phone has been set to release on November 21. But the date came and passed by. So it is going to be unleashed in the nearest future, but the release date remains unknown. As for now, the specs list of the N6 Pro has been leaked in a screenshot. Let’s take a look at it and make assumptions what a device we are talking about. 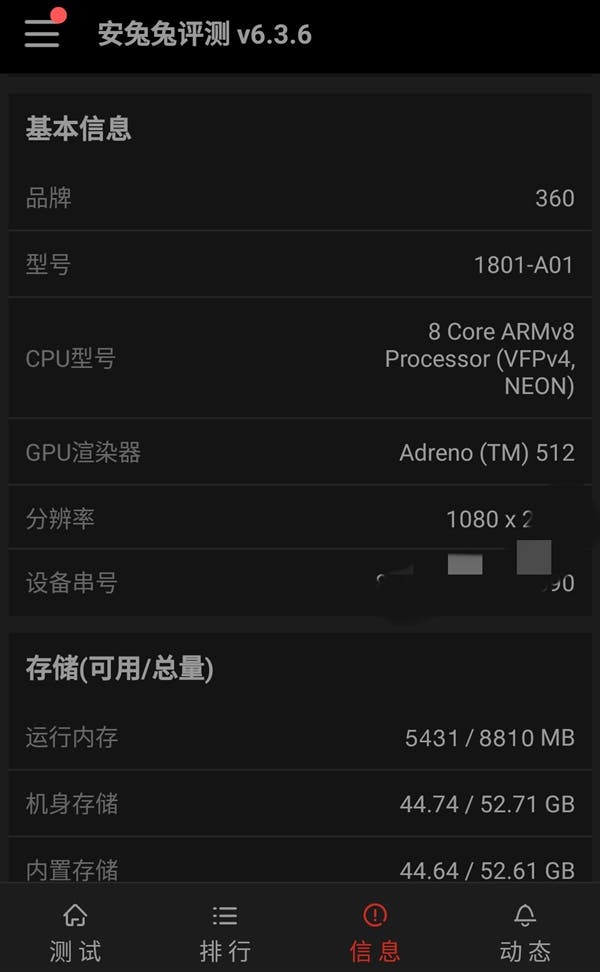 The 360 N6 Pro will join the party organized by the Xiaomi Mi MIX 2, Samsung Galaxy S8, and iPhone X. Of course, there are many other full-screen smartphones such as the Oppo R11s, Vivo X20, OnePlus 5T, and others, but they all join the marathon the way later. This means it will be packed with a bezel-less screen providing an aspect ratio of 18:9. But what’s amazing this display is going to come with a 1080×2160 pixels resolution. Thus it is an FHD+ display found on many premium flagships. Apart of this, the spotted screenshot reveals the 360 N6 Pro will be equipped with a 660 octa-core processor seen only in a few devices categorized between high-end and mid-range models. It is paired with an Adreno 512 GPU and 64GB of internal storage. As for the memory, the photo above shows an 8810MB capacity, which makes us think the N6 Pro will be packed with an 8GB of RAM.

At last, the 360 N6 Pro is considered to be one of the most attractive options in the mid-range market. Its full-screen design, SND660 chip, and 8GB of RAM make it quite competitive. Plus, it’s said the phone will cost 2999 yuan ($455).

Next Oukitel offers big sale for Black Friday on Gearbest