In the past weeks, Samsung Electronics has been taking good care of its smartphones as there is barely a day that we don’t get news about one Samsung device or another receiving the November security patch. Now, it is the turn of Galaxy S8. Just recently, the Galaxy S8 and Galaxy S8+ received Android 8.0 Oreo beta and presently, other regular users who are not taking part in the beta program are now receiving the November security patch. Both the beta and standard update made mention of enhancements to Bluetooth connectivity and the latest Google security patches. It is possible that Samsung used the same official changelog for both programs. 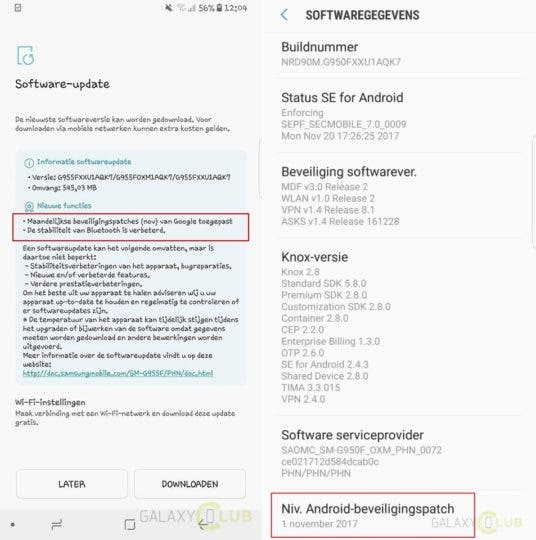 Generally, this security patch takes care of 61 vulnerabilities on Android’s open source system and six exploits found on Samsung’s software. However, a major fix for this update is the widespread Wi-Fi KRACK exploit. This latest update which weighs 545 MB and has the build number G950FXXU1AQK7 has been spotted in the Netherlands thus it is only a matter of time before it spreads to other markets.

As usual with OTA updates, all devices will not receive the update at the same time. Your device should alert you once the update is available. However, this could take many days so you may just head to Settings » Software update menu to check if it is available. Let us know if you have received this update outside Netherlands.

Next OnePlus takes a stand, '#NoGames on Black Friday'