A new report out of China claims Gionee could in few days announce two more color options for the Gionee M7. The company will be holding a press conference on Nov 26 where it will supposedly release a Maple Leaf Red and Amber Gold color variants of the M7. The press conference is expected to usher in 8 full-screen devices as earlier confirmed.

The Gionee M7 was first announced back in September with a FullVision screen of 18:9 ratio and available in “Sapphire Blue, Star Blue, Champagne Gold, and Black, additional two color options will jack up the M7 plus color variants to a total of 5.

Other than the color variation, the Gionee M7 should present the same specs as the original model. For a complete rundown of all the features, check out Gionee M7 full specs coverage here. 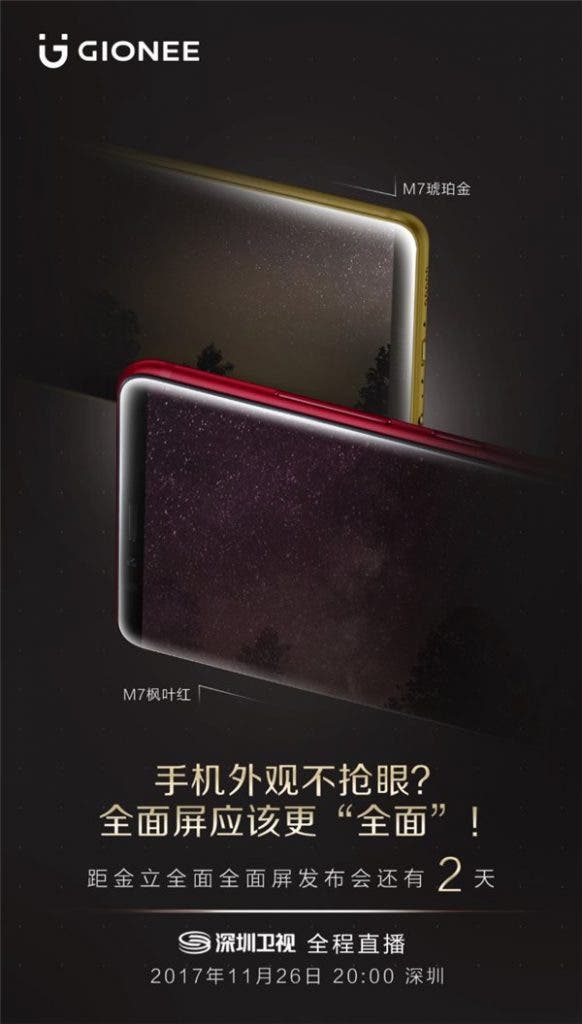 To recap, the Gionee M7 is Gionee’s first full-screen phone, it features a 6.01” diagonal and comes with a resolution of 2160 x 1080 pixels. Due to its FullVision screen of 18:9 ratio, the Gionee M7 gets a rear fingerprint sensor with a dual camera sensor above it. under its hood is MediaTek’s Helio P30 64-bit octa-core processor aided by Mali-G71 MP2 GPU, 6GB RAM and 64GB of expandable internal storage. It runs on Android 7.1.1 Nougat with Amigo OS 5.0, while 4000mAh battery powers it.