Gionee is expected to unveil at least eight smartphones on November 26, and all eight smartphones are expected to come with bezel-free designs. And just hours after Gionee confirmed that the Gionee F6, F205 and more will all be unveiled on the said date, fresh and latest images of one of these devices – the Gionee S11 has just surfaced, giving us the best possible view of the upcoming device. These official teaser images were posted on Gionee’s Weibo page. 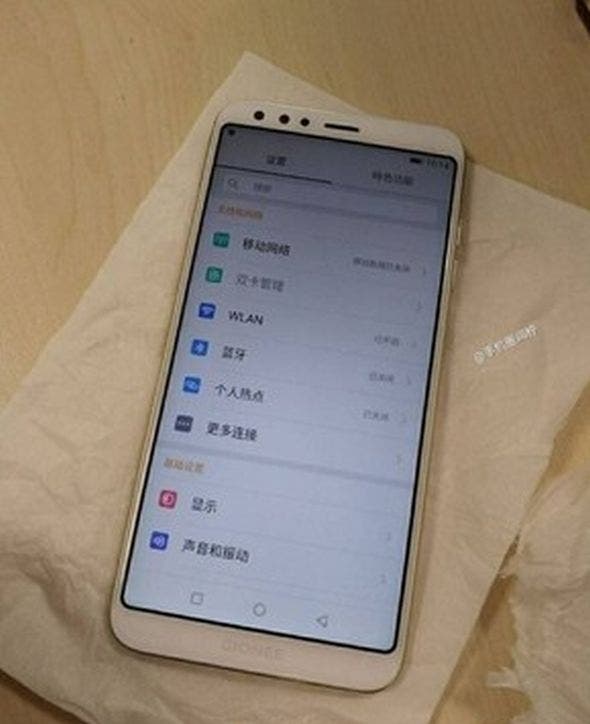 Without doubt, the device will come with a full-screen design just like just like other full-screen phones out there. The bezels on the lower chin is a bit large, it houses just the Gionee branding, while the upper bezel is house to a dual front-facing camera with LED flash and a centrally placed speaker. 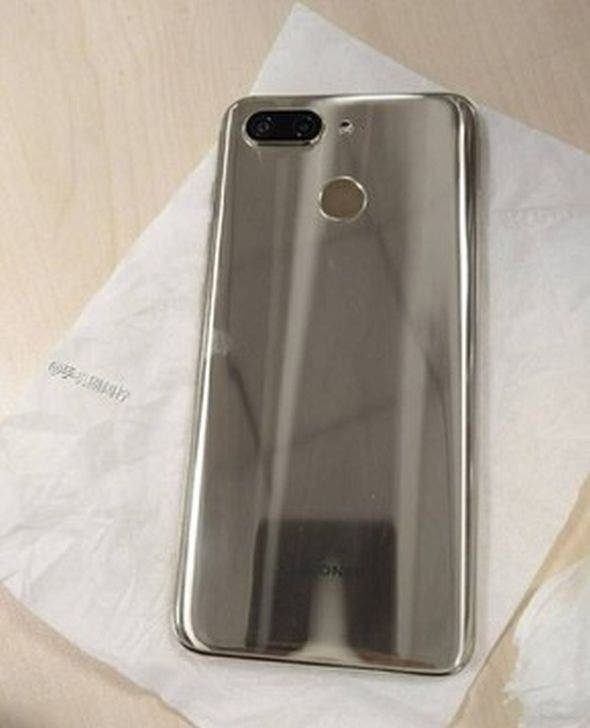 On the reverse side, the teaser images also reveal that the device will have a reflective glass rear with a fingerprint sensor and similar dual-camera setup, allowing you to capture those bokeh images that are all the rage these days. 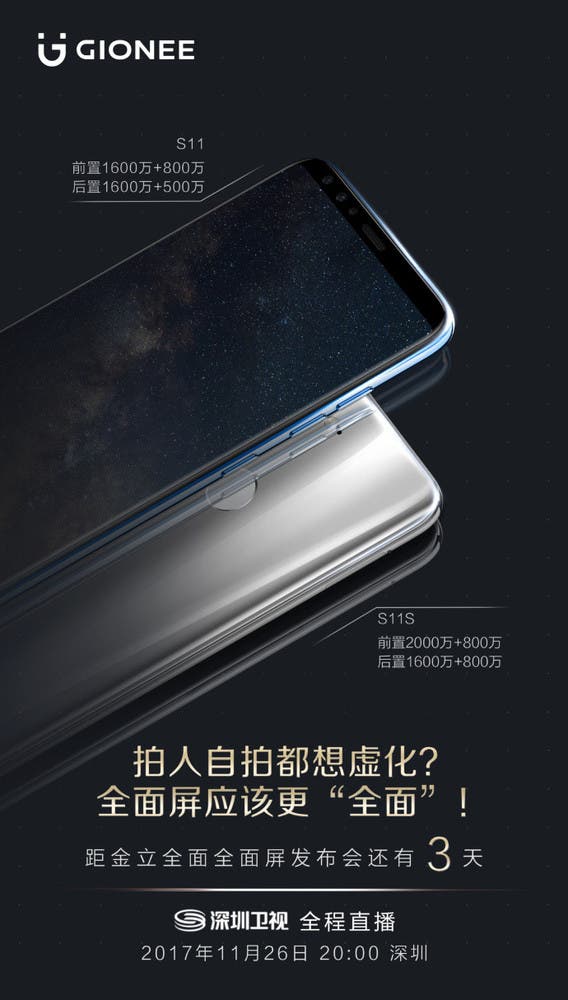 The teaser images further reveals that the device will come in two variants; the Gionee S11 and Gionee S11s. The base S11 will house a 16-megapixel + 8-megapixel dual cameras on the display front, while a similar 16-megapixel + 5-megapixel camera is located on the reverse side. The S11s should be a more capable variant, it will come with a 20MP + 8MP front-facing camera, with a similar 16MP+ 8MP sitting at the rear.