A couple of hours ago, we brought you a report on some leaked hands-on images and specs of an upcoming Huawei device which was at that time believed to be either the Huawei Nova 3 or Nova 2s. Today, the company has tactically confirmed our doubt by sending out media invites for an event on Dec 7, where it would launch the Huawei Nova 2S.

In case you missed the earlier leaked specs and hands-on images, the Huawei Nova 2S is expected to pack a 6.0-inch display with the resolution of 2160x1080p fitting in the current 18:9 standards, while it will be powered by the Kirin 960 processor with a 6GB RAM. Much like the Nova 2 and Nova 2 Plus, the Nova 2S will feature a dual camera setup; a 20MP+16MP rear unit, as well as a dual front camera setup. 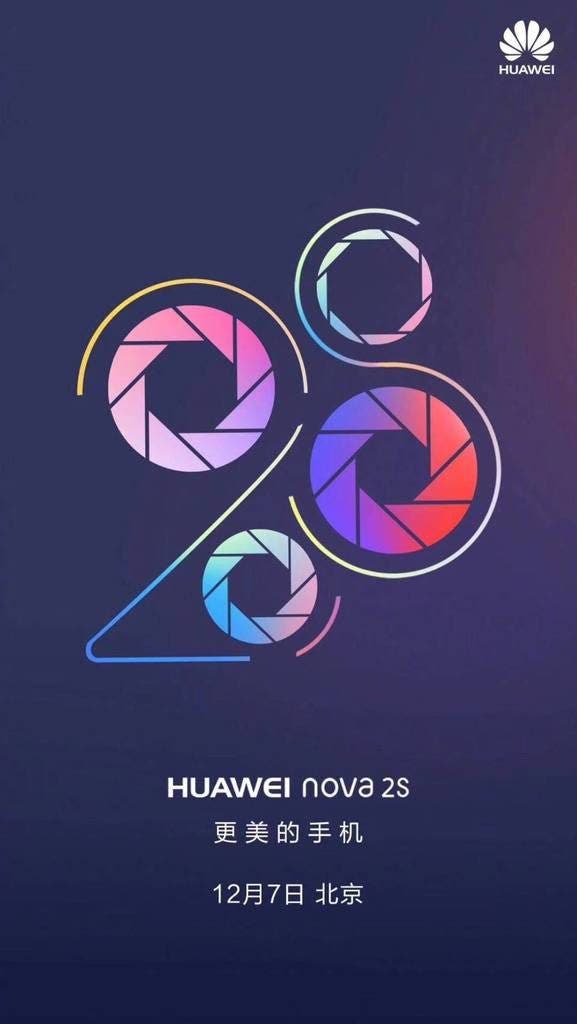 The device will boot EMUI 8.0 UI based on Android Oreo out of the box with support for facial recognition, NFC for contactless payment as well as a built-in Hi-Fi chip. The device will arrive on Dec 7 in Black, Gold, Silver and Blue color options.

Next Oppo A83 spotted at TENAA packing an octa-core CPU