Recent rumours have repeatedly pointed that Samsung might reshuffle its A series and do some rebranding of the line. Apparently, Samsung wants to rename the Galaxy A5, A7 (2017) as Galaxy A8 (2018) & A8 + (2018) respectively. This would also lead to the company dropping the out of favour Galaxy A3. Yesterday, we got to see the alleged Galaxy A8 + (2018) in the flesh via a leak, one of the first evidences of this reshuffle. 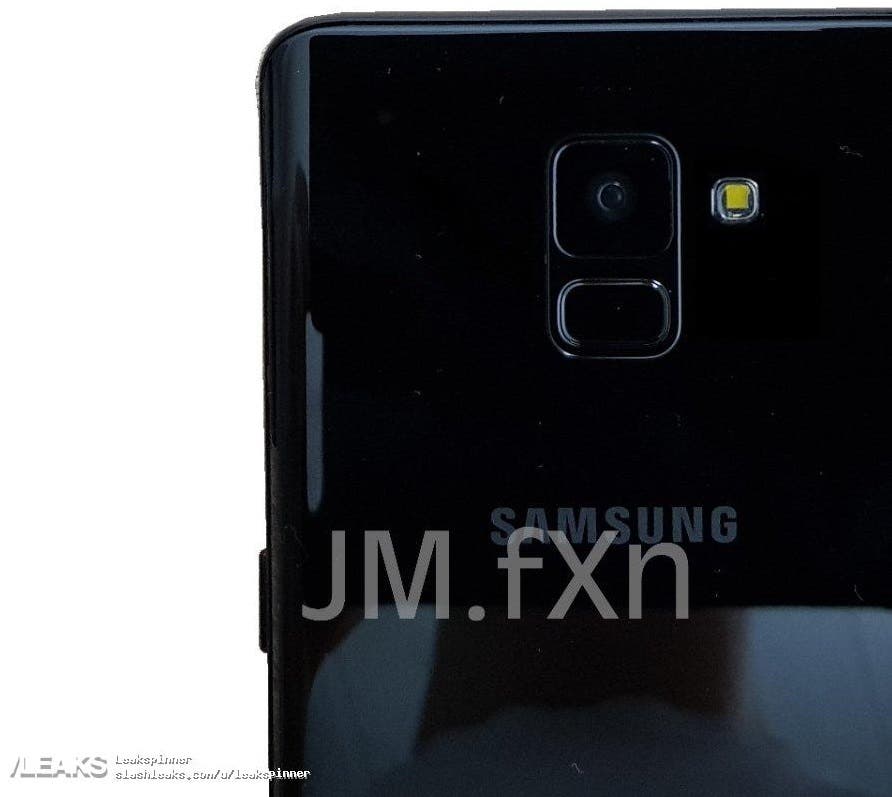 Today, we’ve encountered an image of its smaller brother, the Galaxy A8 (2018). Unlike yesterday’s leak, there isn’t any evidence today that this handset is named as such, however, the source believes it to be so. Also, word on Chinese streets is that Samsung wants to rename the A series to be more in sync with the S series. Hence, the A8 moniker seems to make sense.

Coming to the image itself, numerous leaks previously have disclosed a vertically-aligned fingerprint scanner on the upcoming duo. And rightly so, Galaxy S8/S8+ users have been clamouring a lot about the awkward placement of the sensor. So it seems likely that this change will happen. Apart from that, a lone imaging sensor sits on top of the biometric sensor besides which is a flash. That’s all we can gather from this Galaxy A8 (2018) leak.

Long-standing opinion about the duo is that they will get the 14 nm Exynos 7885 or Snapdragon 660 chip. Alongside it will be either 4 GB/6 GB RAM. Despite Android Oreo being out, we’re unlikely to see it on the upcoming A series out of the box. It will probably be pushed to the handsets at some point in the future.

Since both handsets have passed the FCC, we are expecting it to release by January at the latest. Or Samsung could pull up a surprise and launch them this month itself.

What do you think of the rebranding? Will it create some confusions or is it a good naming scheme? Let us know in the comments below.

Previous Nokia 3 Is Next To Get Android Oreo