We like to repeat this is an era of full-screen smartphones. But only a few people actually know what this means. Moreover, when saying this phrase many customers think the front panel of a phone should carry a display occupying 100% of it. Maybe we’ll live long to see phones with such a feature, but nowadays the meaning of a phrase ‘full-screen’ is quite different. As Smartisan CEO, Luo Yonghao thinks there is no absolutely full-screen smartphone available in the market. The ones we call in this way are ‘almost full-screen’ devices. Even their latest creation, the Smartisan Nuts Pro 2 comes with such a screen.

When the first-gen Smartisan Nuts Pro was launched earlier this year, it got tons of praises concerning its appearance as well as performance. The same happened when the Smartisan Nuts Pro 2 was announced a few weeks back. This is the worthy successor of the first model, but the company has made myriads of enhancements to make a tougher competition to top brands. In this sense, the existence of a full-screen design is a decisive factor. But how much it counts? Is it capable of being compared to other full-screen devices? 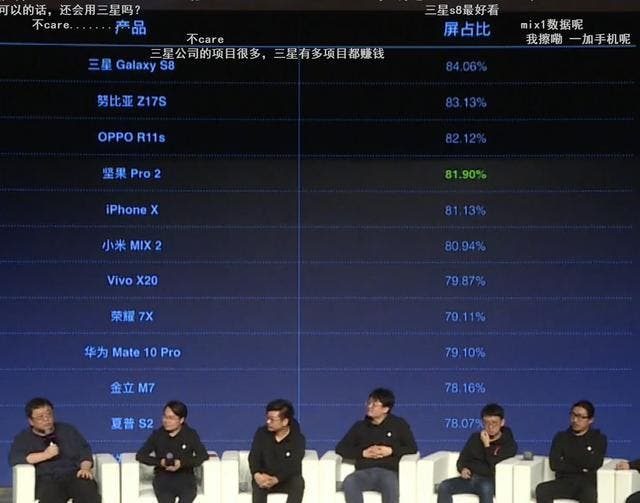 Yesterday, the Smartisan CEO, Luo Yonghao was asked about the screen-to-body ratio of the Smartisan Nuts Pro 2. And he revealed a number that surprised everyone. It turns out this handset comes with a screen occupying 81.9% of the front panel. This is an amazing number ranking it fourth in the world. The first three are the OPPO R11s, Nubian Z17S, the first is undoubtedly the Samsung Galaxy S8. The latter comes with an 84.06% of screen-to-body ratio.

This makes the Smartisan Nuts Pro 2 be one of the most attractive devices around the globe. But recently, PhoneArena came in with an identical chart. If taking into account the data provided by this source, the Smartisan Nuts Pro 2 should be ranked not the fourth but the seventh. Anyway, this is a great phone with a great display. So regardless the methods of counting the screen-to-body ratio, it is in the top ten list. 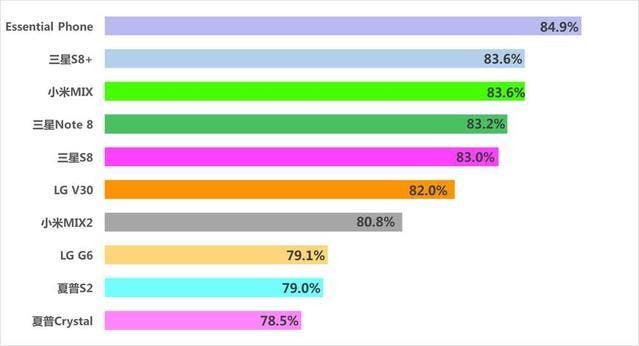