In recent times, Samsung Electronics has been quite serious with the foldable smartphone development. Recently, the company was given another patent for a foldable device that is completely different from what we have seen so far. This patent was filed internationally under U.S. patent number US20170351297. This device can be folded in multiple ways and from the patent, the device (probably a smartphone) has dual screens installed in metal frames which are joined together by a “coupling.” This axis enables the device to be folded open into a larger display, it can also be folded out so that it has a screen at the front and the back or folded in so that the screens are facing each other. 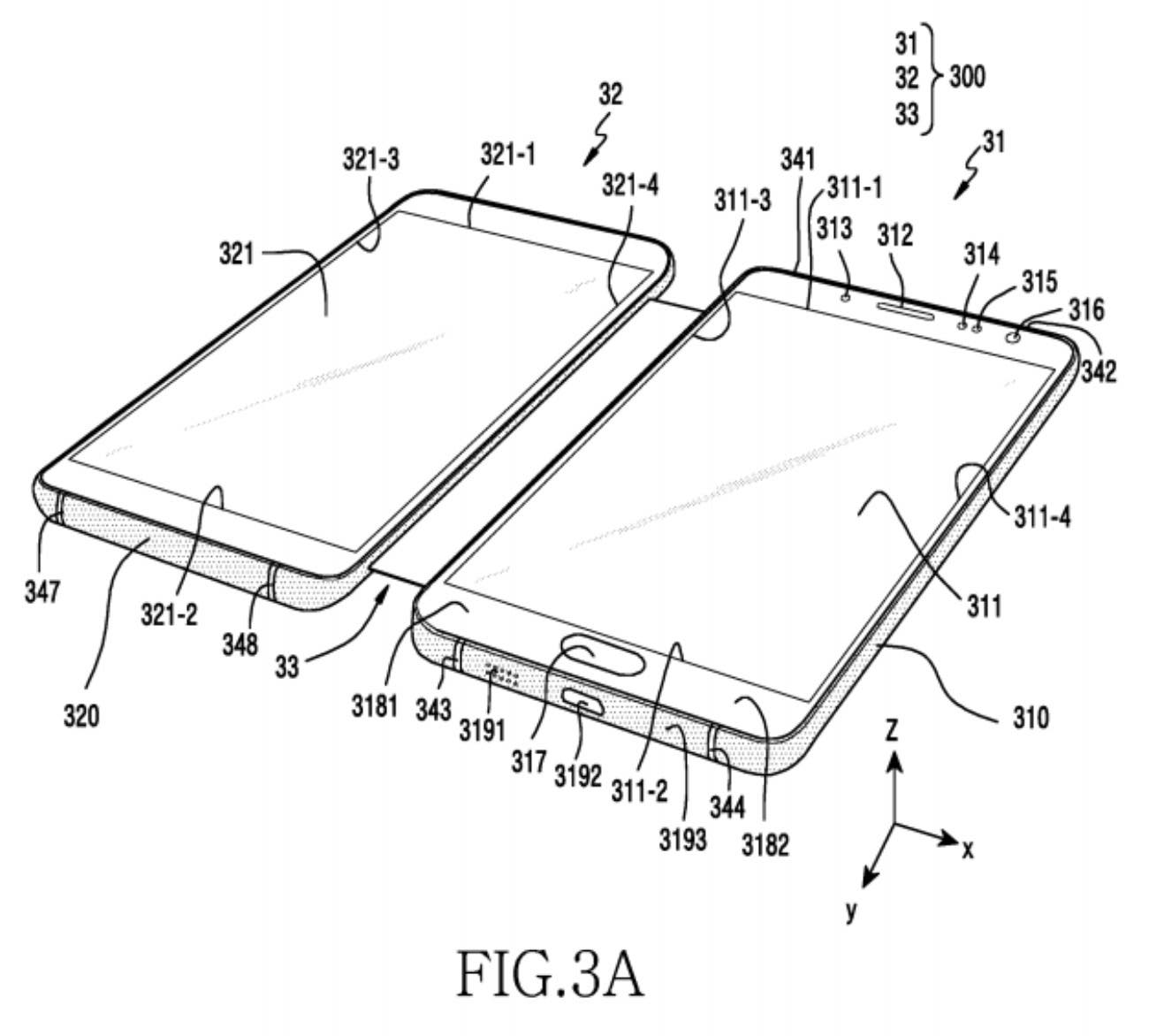 If this device ends up as a smartphone, all antennas for connectivity will be embedded into the frame of the displays to prevent interference which can degrade signal integrity. There is also an allowance for sensors and radios on the patent which suggests that this could be a smartphone. From the chart, a device can be developed which supports Samsung’s S Pen, with a pen sensor being listed under the Input Device heading. The sensor on the patent is a biometric sensor which could be a fingerprint scanner or a health monitoring sensor. As of now, there is no known Samsung device which comes with this design thus this design is completely new. 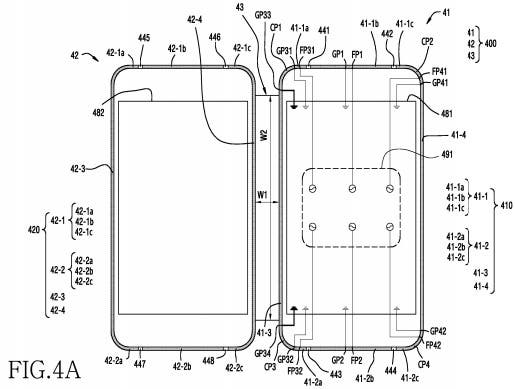 And here comes the usual advise with Samsung and patents. This company files for thousands of patent annually and a huge chunk of these patents are approved but only a handful of these devices ever sees the light of day. Thus there is no guarantee that this device is hitting the market anytime soon. 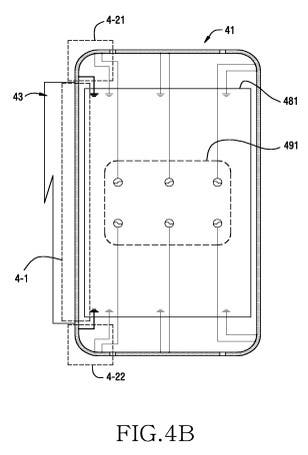 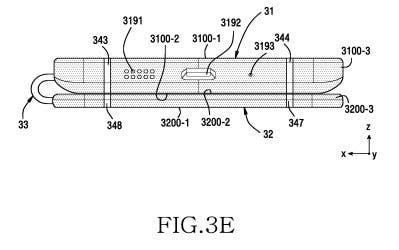 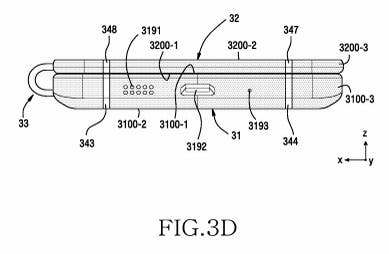 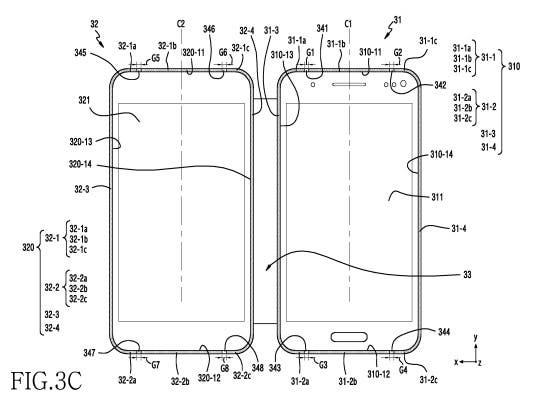 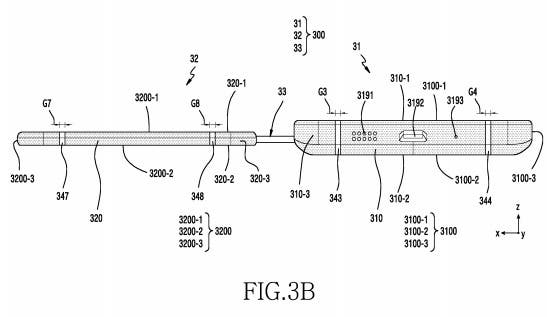 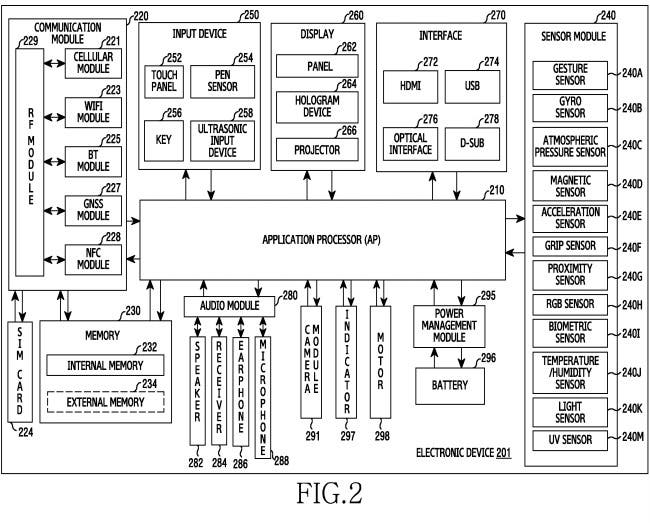 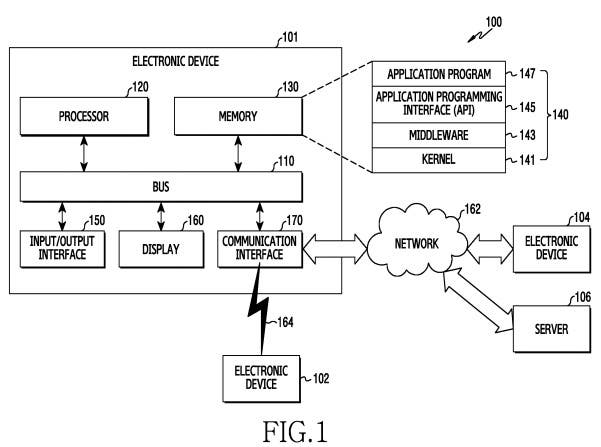 Previous Apple to acquire Shazam for about $400 Million

Next Qualcomm Collaborates With Baidu To Develop IoT AI Assistant