Since the takeover of Nokia by HMD, the company has been trying so hard to return Nokia to its glory days. The efforts of HMD is paying off with the recent release of acceptable flagship smartphones. Another way that HMD hopes to use in capturing the hearts of users is in its consistent release of security and OS updates for existing Nokia smartphones. It has also promised its users that they will receive a minimum of two years OS update support (only very few companies goes above two years). Now it appears that Nokia 3 is getting the December security patch before its siblings. We already know that Nokia 3 won’t be getting  Android 7.1.2 as it will port directly to Android Oreo thus we do not expect it to come along with this update. 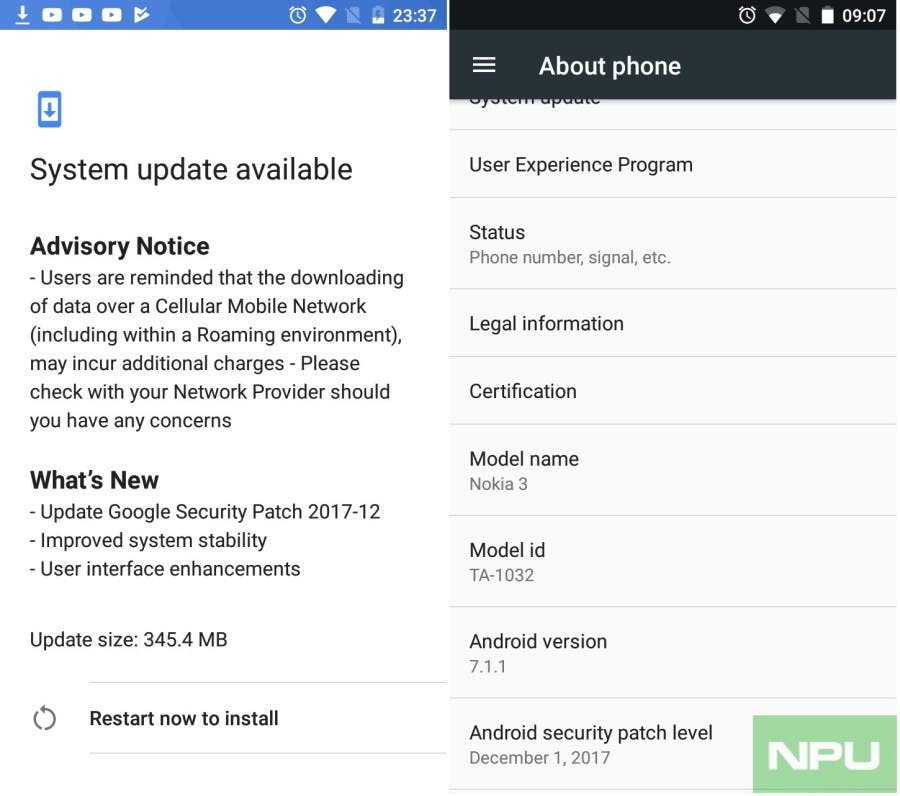 The Nokia 3 December security patch is 345.4 MB in size. This update is rolling out OTA but if you have not been prompted to download it, you may go to settings then system update to check if its available for your device. This update comes with vulnerabilities fixes, UI enhancements, and improved system stability. Some users of this smartphone in India have confirmed receipt of this update but we don’t know if other regions are receiving it too.  Click HERE for the detailed changelog of December Security patch

As a reminder, Nokia 3 which was released in February 2017 is powered by a Quad-core Mediatek MT6737 processor clocking 1.4 GHz coupled with 2GB of RAM and 16GB of internal memory which is expandable up to 256GB. It is equipped with a Corning Gorilla Glass protected 5-inch IPS LCD capacitive touchscreen with 720 x 1280 pixels display resolution. In the camera department, Nokia 3 comes with an 8MP rear camera supported by another 8MP selfie shooter. The smartphone which is built with an Aluminum frame and a plastic back ships with a non-removable Li-ion 2,630 mAh battery. Have you been able to download this update? If yes, then let us know the changes you’ve noticed in the comment section below