On the 28th of November, the much talked about OnePlus 5T flagship smartphone was finally released in Beijing. Since the official sale of this smartphone commenced, the reviews and comments have been mostly positive but there are reports from some sectors that it cannot stream HD videos from Netflix and Google Play. The company has stated that it will release an update soon to address the problem. Now, the OnePlus is bringing a special edition which is the Lava Red version of the OnePlus 5T in commemoration of its fourth anniversary. The sales of this version will commence on Dec. 17, about a week from now and it will be priced at 3499 Yuan ($528). Concomitantly, the OP5T Star Black Version will be on sale on the same day. 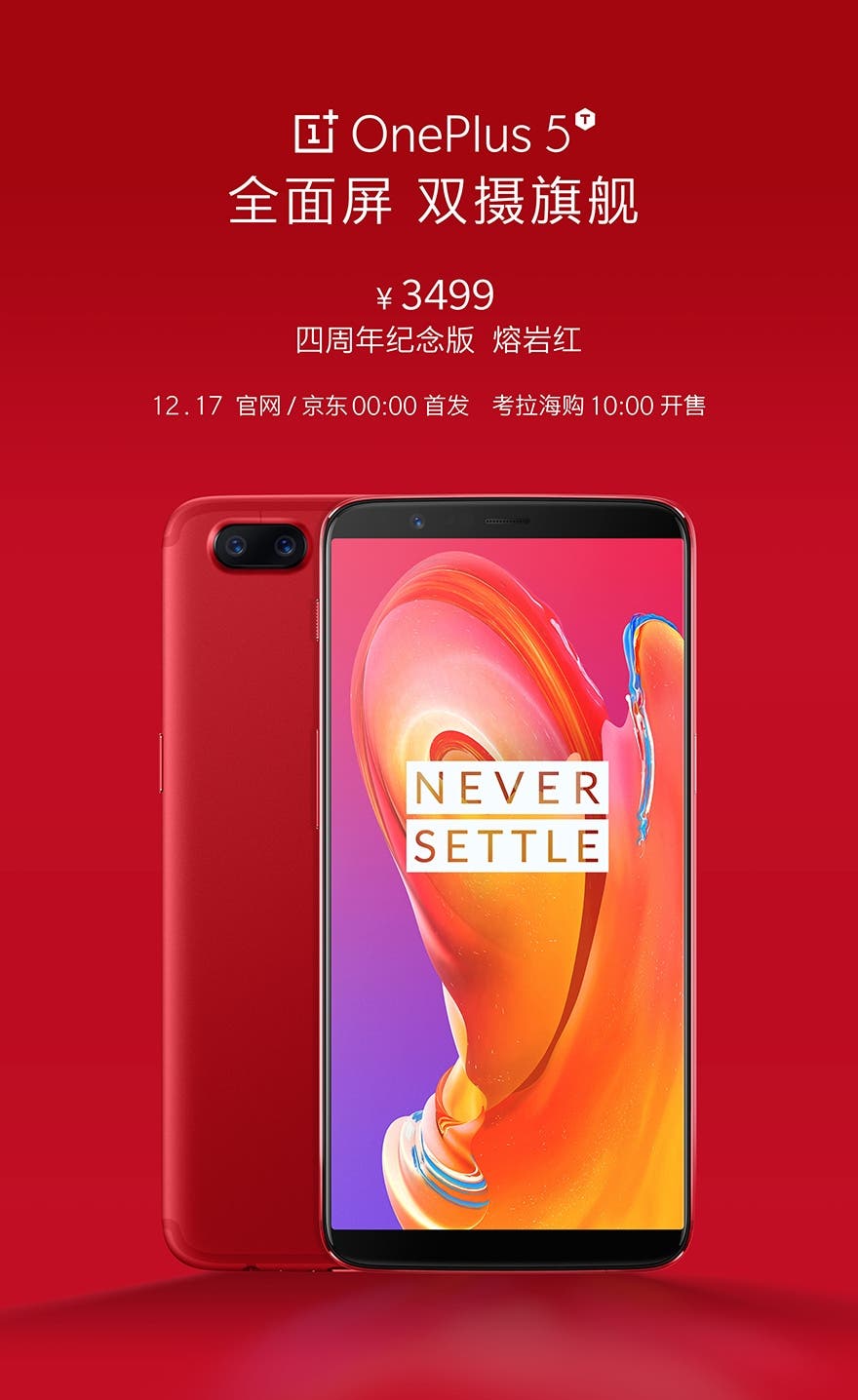 The lava red version comes with a touch of elegance compared to the star black version. Its colour is more like the cooling lava in Huawei with a beautiful style, features, and a great texture. While pleasing to the eyes, the OP 5T adhere to the use of ceramic fingerprint sensing area to make this flagship even more elegant and refined. As a reminder, the OP 5T is powered by a Qualcomm Snapdragon 835 processor coupled with either 6GB of RAM and 64GB of internal storage or 8GB of RAM and 128GB of storage. It is equipped with a 6.01-inch display and has a 16MP selfie camera coupled with a 16MP+20MP dual rear camera. The lights of this smartphone are kept on by a 3,300 mAh battery.

In recent times, numerous manufacturers are unleashing a red colour version of their flagship devices. Can you remember any phone maker that doesn’t have a red version for any of its flagships?