There are two trendy features on smartphones with a high demand. In the first half of this year, almost all manufacturers began launching handsets packed with a dual-camera on back. As for the second half, with the launch of the Xiaomi Mi MIX 2 and iPhone X the same smartphone makers turned to the full-screen technology. The latter allows the manufacturers to put a larger screen on the same size body. This is great if taking into account we get a better screen without increasing the body dimensions. But this technology also makes the companies move the fingerprint scanner to the back. Initially, when the fingerprint recognition was brought to the smartphones, it was placed on the back. But this made some inconvenience. That’s why many manufacturers move it to the front and placed under the home button. Now when full-screen is widely used on smartphones, there is no place for the fingerprint reader. So the best solution, in this case, is the under-glass fingerprint. Seems this technology has been developed and we’ll see the first smartphones with it in January. 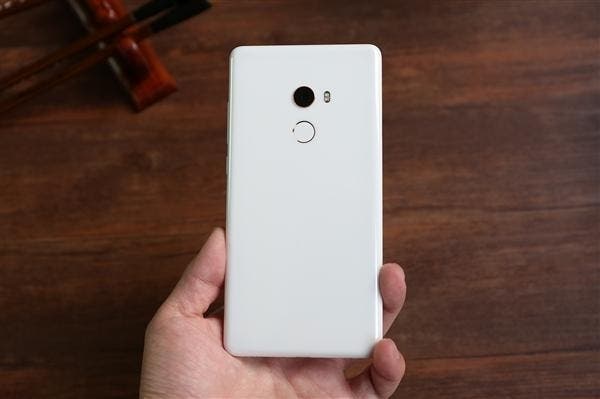 Yesterday Synaptics has announced the world’s first under-screen fingerprint sensor has gone on mass production. The model number is ID FS9500 (if someone is interested). The most interesting part of this announcements is that the fingerprint sensor can be directly encapsulated in the OLED screen not affecting the overall thickness much. As shown in the image below, the display will have a 1.5mm thickness only. Plus, it will support wet-hand touch and AES fingerprint encryption. 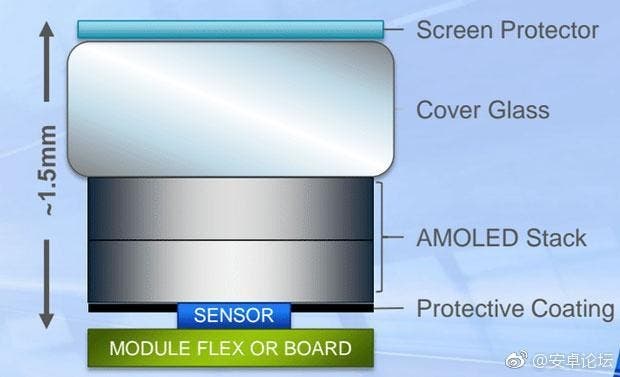 The company also announced they are working with top five smartphone makers such as Samsung, Huawei, OPPO, VIVO, and Xiaomi. The first phones with an under-glass fingerprint feature will be announced at CES 2018, in January. Though it’s not officially confirmed, VIVO is going to be the first company to come in with such a handset.

Next iRULU G3 Max Phablet Special Sale - Save up to $40