There are myriads of manufacturers in China and in the world. But only a few of them invest in various niches. Probably Xiaomi is one of the most popular among those with its Mi Home ecosystem. There are tons of smart products connected with each other via the APP. This allows the company to make a unique community and participate in many life situations of its customers. But this monopoly is in danger. Recently, 360 Mobiles has announced about a few billions yuan invested in an identical niche to create a smart home open ecosystem. It should support over 100 smart enterprises. Plus, the company is going to provide cloud services, technical support, marketing platforms and many other offers for those upcoming smart home products and their buyers. Seems the first product will be the 360 sweeping robot. 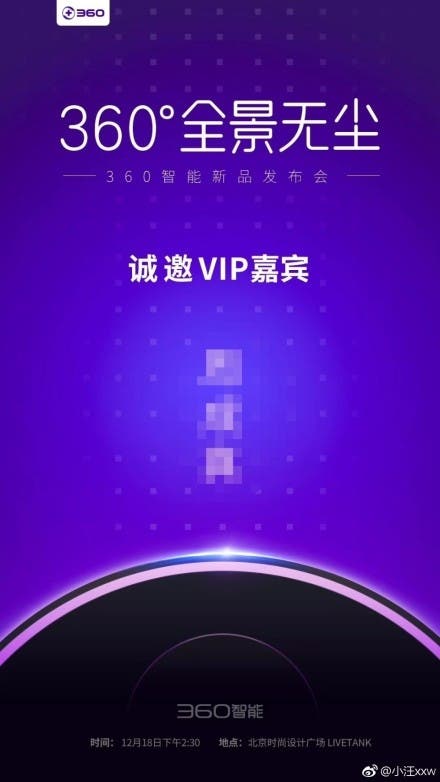 When making an announcement concerning the 360 smart home ecosystem, the company also introduced a few products such as 360 Security Router, 360 Smart Home Camera, and a few others. But today the company sent out invitations for the next Monday for the next event, where it will launch a new category of smart home products. Though nothing certain has been said, the invitation hints at a 3600 sweeping robot. Some sources say this smart cleaner will come with anti-collision and anti-drop features as well as to support various cleaning modes. At last, it should be able to clean up to 150 square meters.

In this sense, we can notice 360 Mobiles challenges Xiaomi, as it is going to fight against the Xiaomi Mi Robot Vacuum cleaner and its second-gen model dubbed the Roborock Sweep One. They are very popular and stand out from all the other smart cleaners.

Next iPhone X Sales Are Below Expectations - Wall Street Analyst