Xiaomi launched the Oreo beta program for their Mi A1, giving testers a taste of what the final build will be like. Reports say that the phone has seen quite a few improvements after the update. till now, Xiaomi has rolled out three OTA beta updates, each one fixing major bugs, with the stable update being just a few weeks away. 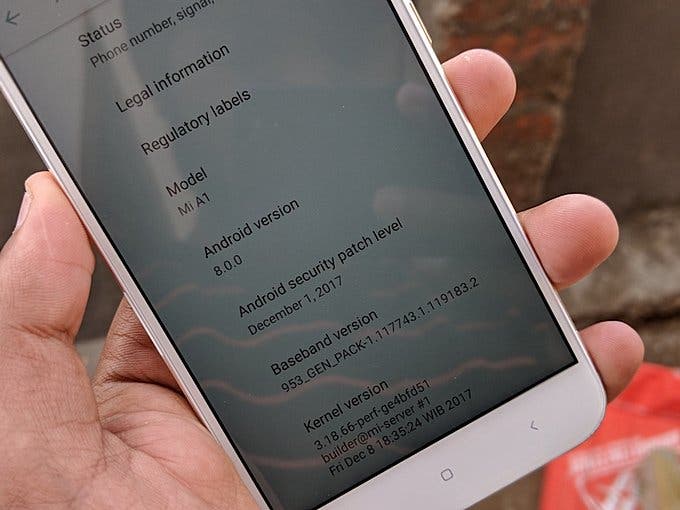 Reportedly, the fast charging feature might be enabled in the Oreo update since the A1 zoomed to a 100% charge in 92 minutes instead of a 2 hour charge time, as reported by a user. Many of us were disappointed when the Mi A1 was released with the lack of fast charging even though the Snapdragon 625 supports it. But judging from the beta update, the final version of the update might enable fast charging.

Other than the fast charging, the fingerprint scanner has seeb=n an improvement in scanning time. Smoother animations, improvements in the dual-SIM department are some of the other parts of the update. The beta update has a faster app load time as compared to Nougat. The Oreo beta update brings all the goodies that Android 8.0 has to offer, revamped quick settings, app redesign, picture in picture mode, among others.