The update as it is evident from the image below with the build number OPW27.2. is about 1138MB and is currently been rolled out to users in India as an OTA upgrade, but should be available to other parts of the World in the coming days. If you are live in India and yet to be prompted with the update, you can head over to the About Phone section in the Settings app of your phone to check it manually. 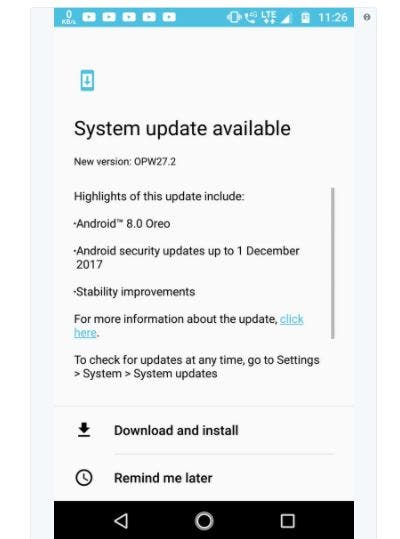 The standard Moto X4/ Non-Android one Moto X4 is the same device as the Moto X4 Android One which received the Oreo update a couple of days ago. While the Android one version runs the stripped-down Android One edition of Google’s mobile OS, the standard version boots run on pure Android 7.1out of the box coupled with some software modifications Motorola typically plants on its handsets (like Moto Display, Actions, and Voice).

Next Meizu 15 Plus Leaked, Features Essential PH-1 Like Notch on Top