New reports emerging out of China are suggesting that Xiaomi might reveal the in-house Surge S2 chip at MWC 2018. The Surge S2 would be the heir to the Surge S1 that was launched in 2017 hosted by the Xiaomi Mi 5C. The clock has now come full circle and it is probably the right time for a successor. 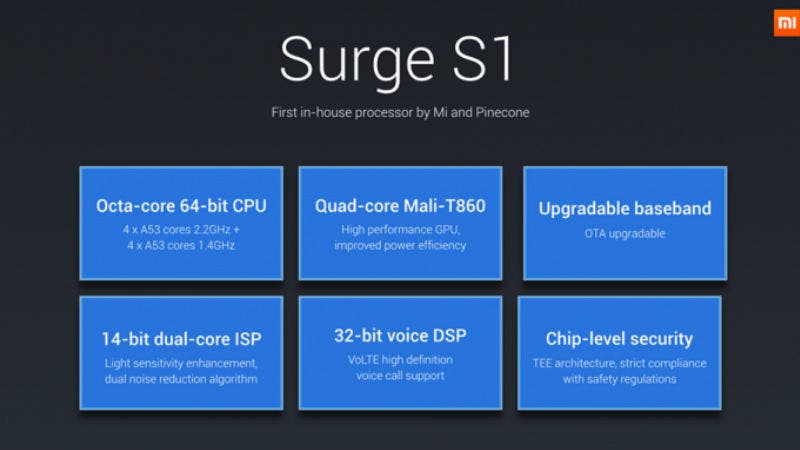 Talk around Chinese circles is that the Surge S2 will be a cut above the Surge S1 dishing out a top-notch performance. It is believed to be an octa-core SoC based on TSMC’s 16nm manufacturing process. The octa-core cluster consists of 4 Cortex A73 cores clocked at 2.2 GHz and 4 A53 cores clocked at 1.8 GHz. Moreover, if the leak is spot on, we might see the Mali G71 MP8 GPU, UFS 2.1 and LPDDR4 RAM support. The bad news is that it doesn’t support CDMA.

It’s natural to assume that the Xiaomi Mi 6C will be home to the new Xiaomi chip. However, latest speculation tips the evolved successor to be in the Xioami Mi 6X. Also, if there is ever a sequel to the Xiaomi Mi A1, then the Surge S2 might be in the spec sheet too since the Mi 6X would be the hardware of the Xiaomi Mi A2.

Further, Xiaomi is set to have a busy time this month as it prepares for MWC 2018 and hopefully a plethora of launches as well in the run-up to the expo.