Just yesterday we were talking about a few leaked photos of the white version of the Smartisan Nuts Pro 2. But there was no certain information concerning the changed made on its appearance, as well as the pricing. As for now, the manufacturer has published a couple of posters revealing everything about it.

The Smartisan Nuts Pro 2 is one of the most beloved full-screen smartphones that comes with a strict business style. There are no certain advantages coming our way from this handset, but it looks different. Probably, this is the selling point of the phone charmed many customers. Initially, there were a few color options to choose from. They include black, wine red, and light gold. But now we learned there will be another attractive color option in face of white.

According to the published posters, the Smartisan Nuts Pro 2 will be officially announced tomorrow, on January 31 at 10 AM. This is way sooner than we expected. Before this announcement, we have been thinking to see something official only next Monday. But it turns out the white Nuts Pro 2 will be uncovered tomorrow. 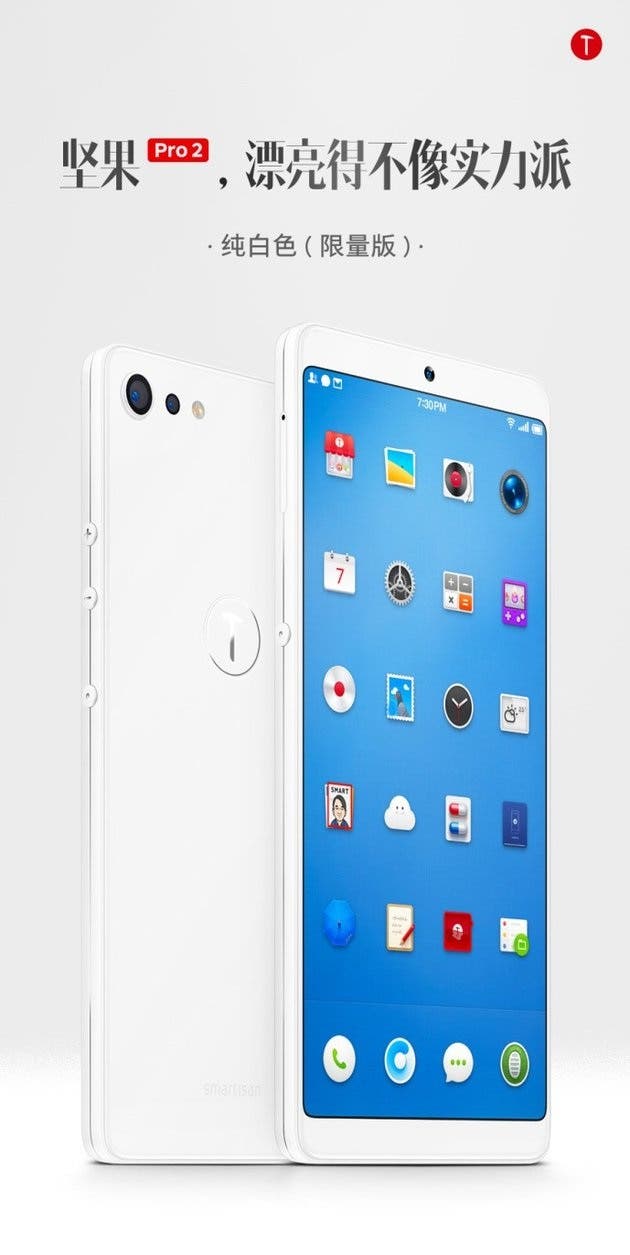 Apart from this, we can learn the white Smartisan Nuts Pro 2 will become available for purchase on February 5 at a starting price of 2299 yuan ($363). As we can see, only two variants of it will be launched it white. They include the 6+64 and 6+128GB memory options. 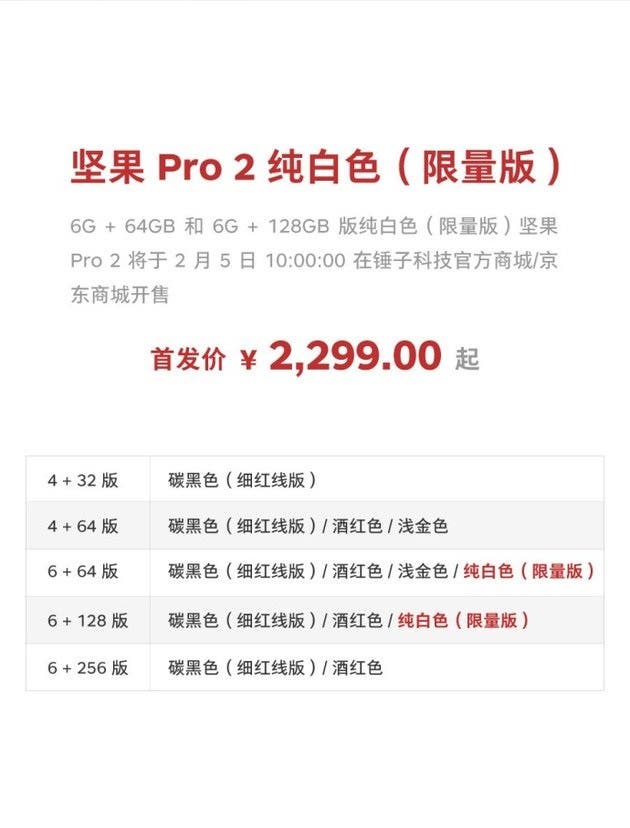 At last, this new phone comes with a white housing that has a thin black line in the middle when looking aside. Thanks to it and a white logo on the back that also hides a fingerprint scanner, the phone looks quite fashionable and provides a charming visual effect.

Next Elephone U Series Launching in Spain on February 8th