Japanese multinational company, Sony, seems to be making all the headlines in recent times. Earlier today, we reported that three Sony devices with Snapdragon 660 chipset hit Geekbench. Now, it appears that the Japanese manufacturer will come up with a complete flagship line this year. Geekbench just confirmed the presence of a possible second flagship in addition to the previously tested Sony H8266. The new Sony device with model number 90QB16R scores 2367 on a single core and 8255 on the multi core test. This makes the phone much faster than the fastest scores of the Sony Xperia XZ1 (2030/6668). 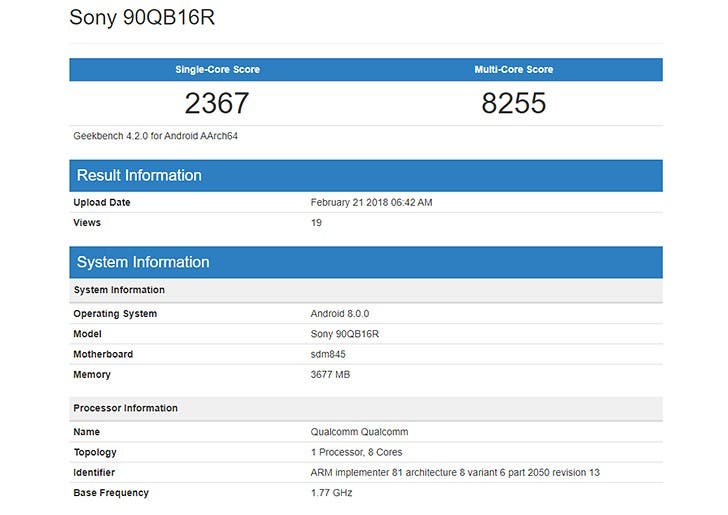 This second SD845 Sony device has a very similar specification with Xperia XZ2 though the model number is clearly different. The chipset, the operating system and the 4GB of RAM all coincide. It is possible that this both devices may just be different variants of the same smartphone. Sony’s plans for its Monday unveiling are not clear but we are certain that the company will announce a couple of smartphones at MWC.