While we await the arrival of the Galaxy S9 and S9+which is set to shake the mobile world in the next few hours, Lenovo owned Motorola is reportedly preparing three sequels to the Mot G5: The Moto G6 Play, Moto G6, and G6 Plus. All three devices have been subjects of leaks and rumors for the past few weeks. Today, the base Moto G6 has now surfaced on Geekbench revealing some basic specification.

As per Geekbecnh, the Moto G6 will be powered by the old Snapdragon 625 chipset mated with 3GB of RAM and 16GB storage. The performance level of the Moto G6 is quite on the high side as indicated by 709 for a single-core score and 3582 for the multi-core score. The Moto G5 in comparison pulled a total of 594 points in the single-core test and 2350 points in the multi-core test, though with a different chipset.

The device is listed to have a 3GB of RAM and will boot Android Oreo out of the box. Other than the aforementioned information, the listing does not offer much detail regarding the upcoming Moto G6. 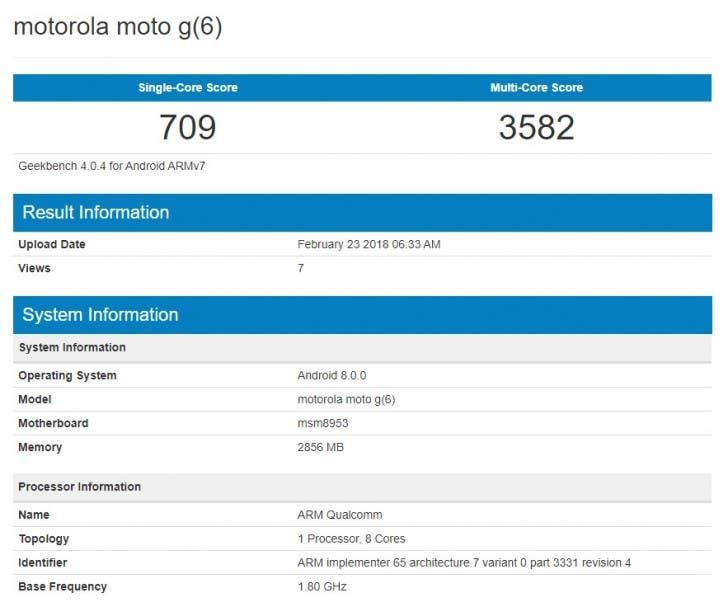 The Moto G6 alongside the G6 plus and the G6 play should see the light of the day at the upcoming Mobile World Congress in Barcelona.