The next-level flagships of the South Korean tech giant will be unveiled at MWC 2018 in a few days. But as usually happens with the Samsung top-notch models, everything concerning the Samsung Galaxy S9/S9+ is already known. So there are not many things left to be learned when they are officially uncovered at the event. These handsets have been leaked on hands-on photos for many times. But today we going to introduce you all four color options that have been spotted in hands-on photos. 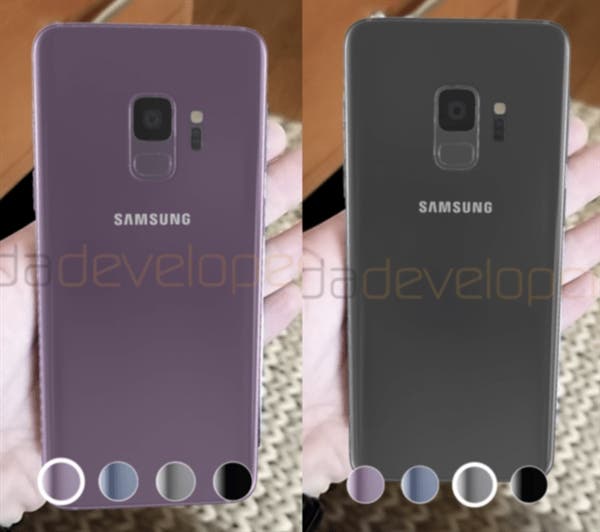 That’s not a secret Samsung will showcase its new models in Augmented Reality during the launch event. So there is a special app named Unpacked 2018 on the Google Play Store to register and invite users. It can be also used by people who want to view the event’s live stream feed. 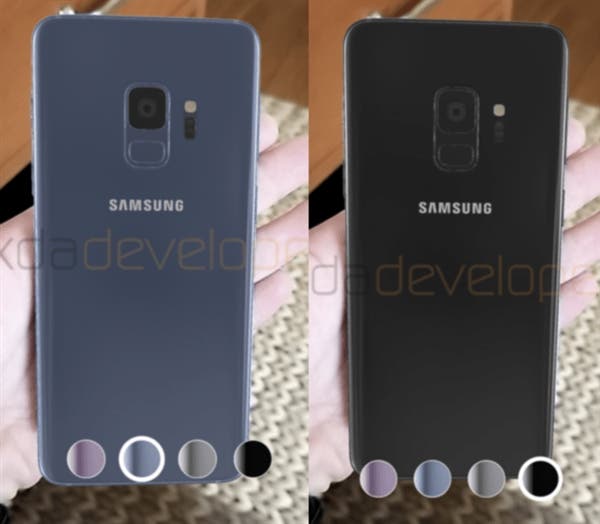 However, there is a hidden AR feature hidden in the app allowing users to scan the Samsung logo or a box of a Samsung product to see a couple of little teasers for the event or the location of the event. A Reddit user (/u/thesbros) used this loophole and found 3D models of the Samsung Galaxy S9 handsets stored for the scan and display of the product at the event. 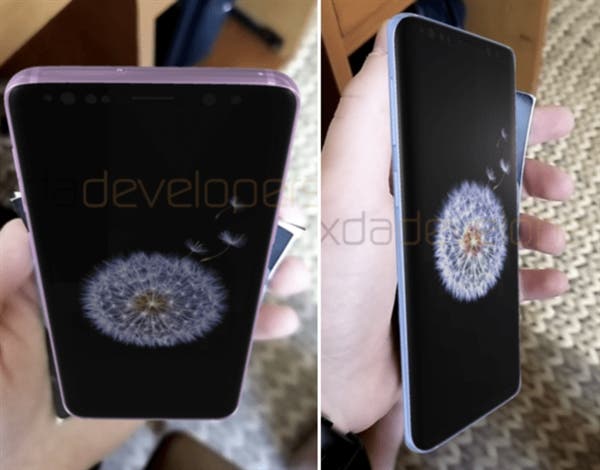 Actually, it was very difficult to be done, because it required a modification to the Unpacked 2018 app and a proxy to download the 3D models. Anyway, tons of real hands-on photos of the Samsung Galaxy S9 are available and we can take a look at them. Moreover, those 3D models confirm multiple features such as the new color option of Lilac Purple, the Bixby button, the speaker grill to be used as part of the AKG Tuning, a new fingerprint scanner layout, a flash similar to the Apple’s quad LED flash, a heart rate monitor, and many more.

Next The GM 8 Go with Android Oreo (Go Edition) surfaces, could be heading to MWC