HMD Global in an attempt at bringing back to life the legendary Nokia phones at the MWC last year announced a refresh of the iconic Nokia 3310. And while the company has since updated the Nokia 3310 released in 2017 with the 4G feature, it has once again resurrected another Iconic Nokia phone – the Nokia 8110 4G.

In terms of appearance, the new Nokia 8810 4G features the same old slider and a candy bar-like appearance with curved design and even has a tongue-in-cheek banana yellow color that earned it the name back then. You can slide down the phone’s front panel to answer a call.

The biggest update to the Nokia 8810 is its 4G LTE connectivity option giving you access to device-friendly versions of Gmail, Google Maps, and Outlook. It also comes loaded with Facebook, Twitter, and a revamped version of the popular Snake game.

The device flaunts a 2.4-inch QVGA display with the Qualcomm 205 Mobile Platform with 512MB RAM and has 4GB of internal memory under the hood. Other specs and features include a 2-megapixel rear camera,  a 1500 mAh battery, FM radio, Micro SIM slot,  dual SIM 4G LTE,  WiFi, micro USB and a 3.5-mm jack. 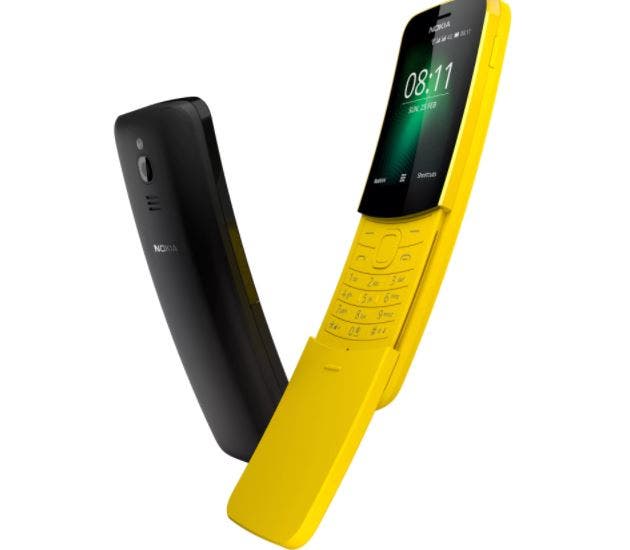 The device is available in black and yellow color options and will hit the stores later at €79.