Huawei is struggling not only in the smartphones market but in various niches as well including the chips as well as the communications. In terms of sales, it’s the number 1 communications company in the word. This is not only a thing to boast of but also binding. However, the company has already announced the Balong 5G01, which is considered to be the world’s first 5G chipset. Theoretically, the chip offers a download speed of 2.3Gbps in comparison to Qualcomm’s X24 that reaches 2Gbps. But we know the first terminals with this chip onboard will launch at the end of 2019. So there should be an intermediate solution. Huawei thinks in the same way. Today, at the MWC 2018, the company announced the Balong 765, which is the world’s first 8-antenna 4.5G baseband. 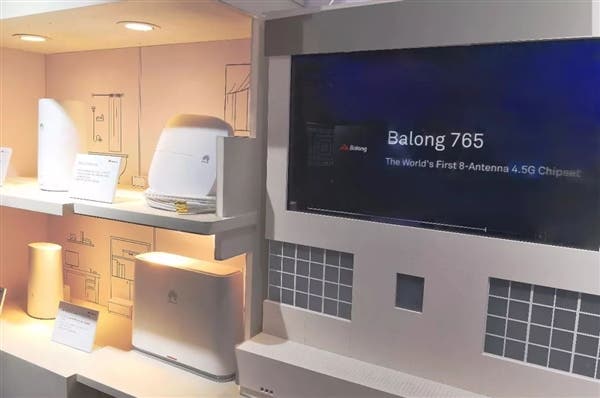 Plus, the Balong 765 is the first modem in the world to support 8 × 8 MIMO (8-antenna MIMO) technology. The spectrum efficiency is improved by 80% compared to 4 × 4 MIMO.

Earlier, the fastest commercial 4G baseband in the world was the Qualcomm Snapdragon X24, which reached Cat.20 (2Gbps) downstream but only at 4×4 MIMO. So with the launch of the Balong 765, Huawei will offer better connectivity options. The first terminals powered by it will appear on the market in the third quarter of 2018.