Only one week is left before the launch of the Xiaomi Redmi Note 5. Initially, this handset was launched in India as the Xiaomi Redmi Note 5 Pro. And now it makes its way to the homeland. But there will be some improvements in the domestic version. Yesterday, we learned the phone will come with an AI beauty feature to provide astonishing selfies. But today we have got some news concerning other enhancements as well. 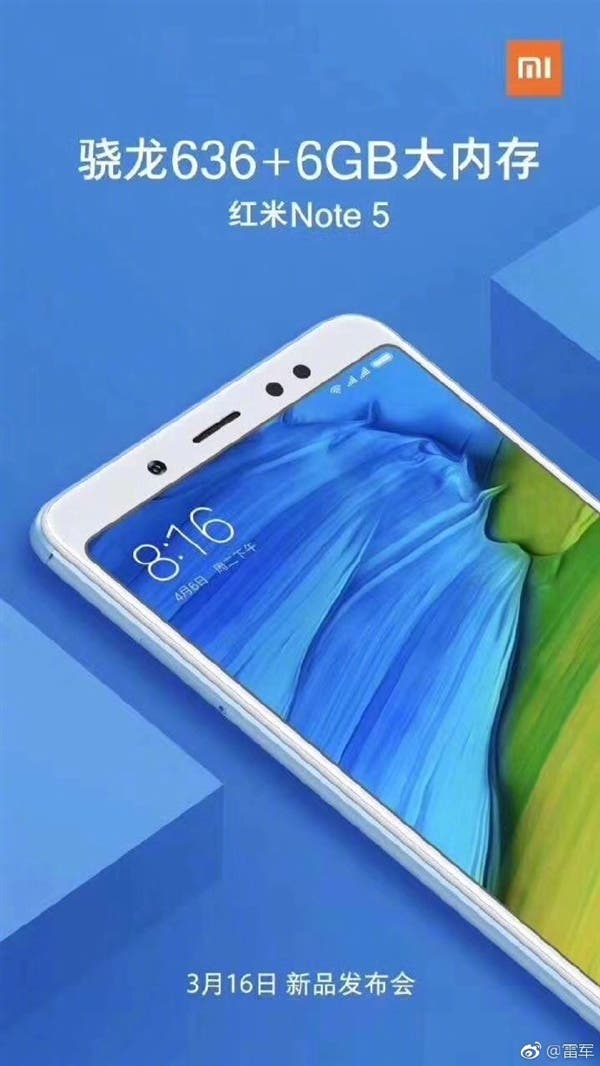 According to a camera sample from the Xiaomi Redmi Note 5, the phone will come with an improved back camera. As the photo shows, it will be able to take great photos in low-light conditions as well. While many could think it’s not a big deal for a modern smartphone, we should remind them we are dealing with a thousand yuan machine. Thus it’s a classic mid-range smartphone. 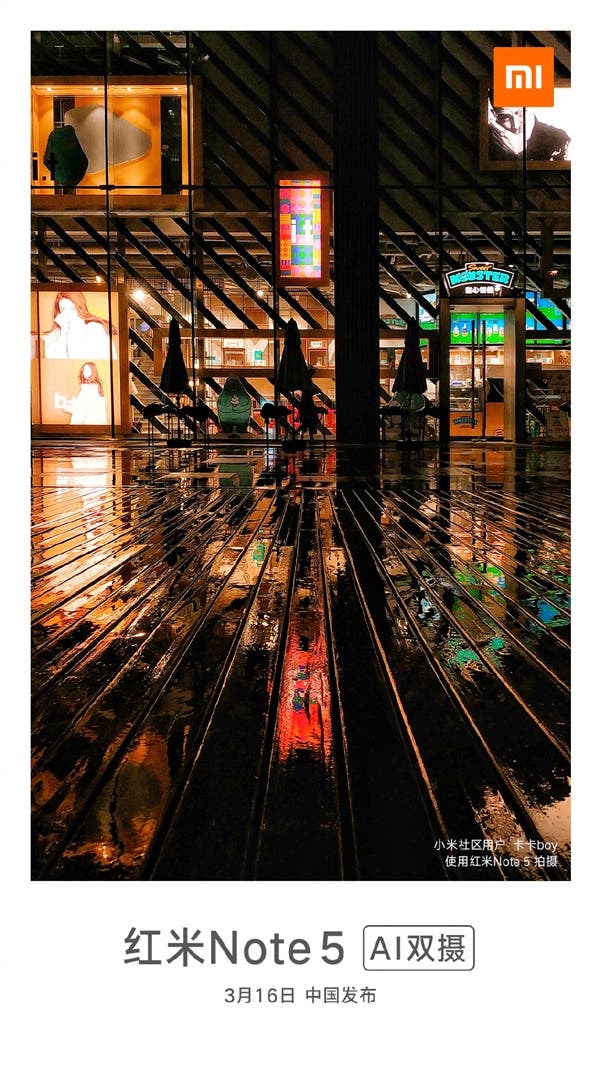 This photo sample proves the AI feature is added not only for the front shooter but the rear camera as well. It’s said the latter will be using an AI technology-assisted image algorithm to provide a better night time shooting experience.

As for the rest of leaked specs, the Xiaomi Redmi Note 5 will be the first Chinese phone to come with a Snapdragon 636 chip that is paired with a 6GB of RAM. Plus, it will sport a 4000mAh battery and a 5.99-inch full-screen with a resolution of 2160×1080.

Today, Lei Jun called this handset as a ‘water bucket machine’. This phrase is used to describe those mobile phones that have a balanced configuration. In this sense, the next Xiaomi Redmi-series phone is going to be the best offer in the mid-range market once again. 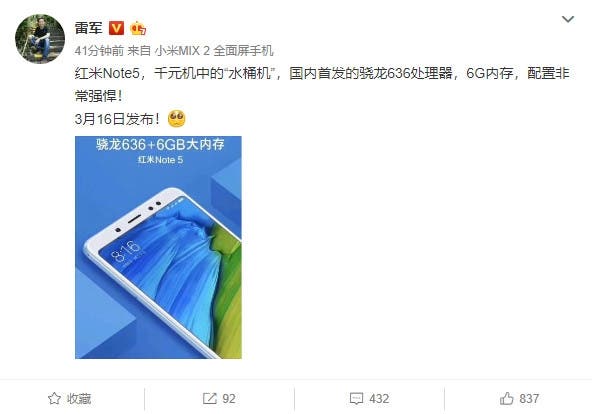