On February 14, Xiaomi launched the Redmi Note 5 Pro in India exclusively. But later we learned this phone will head to China soon. Moreover, the manufacturer will use another name for it – the Xiaomi Redmi Note 5. A week back, Xiaomi officially announced the phone will be uncovered on March 16. Since that date, the net was buzzing about the new camera features to come our way from this model. Especially, many geeks were claiming the camera improvements refers to AI. Today, Lei Jun officially confirmed the Redmi Note 5 will come with an AI beauty support. 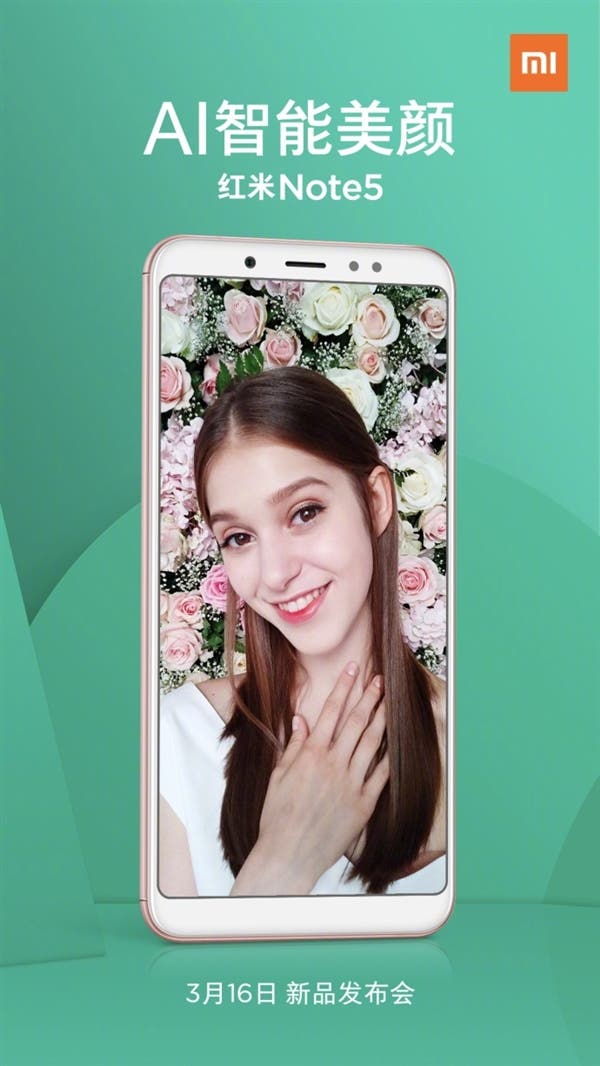 This simply means Xiaomi continues bringing strong seflie shooting capabilities to its Redmi line devices. And though there have been a few other Redmi smartphones with an attractive selfie-centric front camera, this is the first time when AI comes to it. Still, there is no information whether the rear camera will ‘use’ this feature as well or no, but the Chinese version of the Xiaomi Redmi Note 5 Pro is going to make a tough competition to many brands that focus on selfie phones. Among them, we can mention Meitu, iNew, etc.

As for the Xiaomi Redmi Note 5 features, it will come with a 5.99-inch full-screen with an aspect ratio of 18:9 and resolution of 2160×1080 pixels. The phone uses a three-stage metal body that provides a better antenna signal transmission. Apart from this, it is packed with a Snapdragon 636 chip based on 14nm process node, using an octa-core Kryo 260 architecture, and paired with an Adreno 509 GPU, 4/6GB LPDDR4X RAM and 64GB of native storage. The performance has been improved by 40% in comparison to Snapdragon 630. So it’s not surprising to see 110K scores at AnTuTu v7. The battery is 4000mAh, and it runs on Android 8.1. at last, the Redmi Note 5 comes with an iPhone X-like dual-camera using two 12MP sensors, and a 20MP front camera using a Sony IMX376 sensor.