We have known for a while now that Huawei will be unveiling the P20 smartphones on March 27th. Although we are yet to be treated with official specs and images of the upcoming smartphone, we have however reported several leaks and render over the past few weeks that have given us glimpses of what to expect from these devices in terms of looks and internals.

Previous reports have suggested that the series will come in three versions – the Huawei P20, P20 Pro, P20 lite and possibly the Huawei P20 Porsche design. We know already what these variants look like, courtesy of TENAA and leaked press renders, and now thanks to a Weibo source, we finally have finally gotten to see a hands-on photo of the Huawei P20 Lite in blue color.

The leaked photo shows the usual suspect, a vertically aligned dual rear cameras with a LED flash below, and a fingerprint sensor placed slightly midway below the camera setup.

There’s no photo of the front view, but what we’d see there is no secret anymore – a cutout at the top bezel, similar to the iPhone X. The cutout is rumored to house a whopping 24MP front-facing shooter. 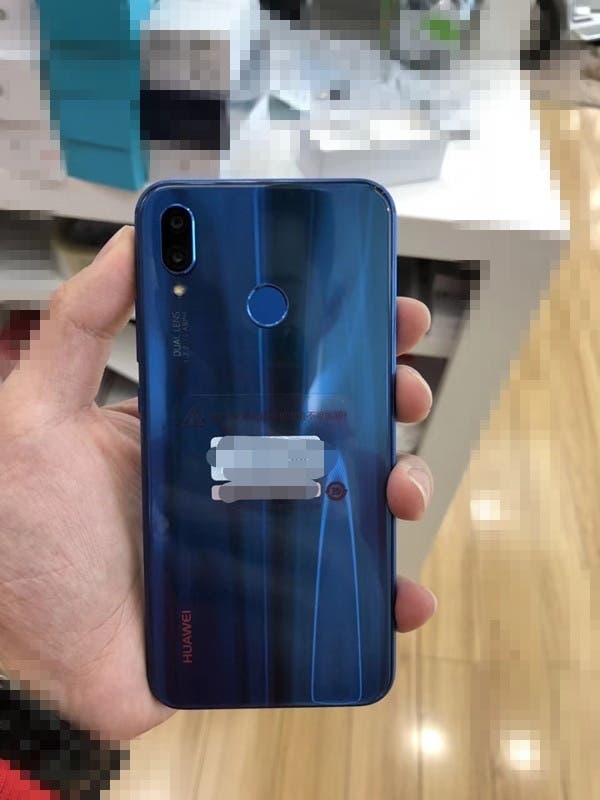 The device as per previous reports will be launched in certain markets as the as the Huawei Nova 3e likely due to the stronger presence of the Nova branding in such markets, but internal configurations are likely to be the same and that includes a huge 5.84″ display, Huawei made Kirin 659 chip, 4GB RAM/64GB ROM, and a dual camera in a 16MP + 2MP config, Android 8.0 Oreo and a 2900mAh battery.

Pricing details of all the three smartphones have been leaked as well, but we would have to hold our breath till they are finally official.

Previous UHANS K5000 IP68 Rugged Phone: 3 Reasons You Should Get One

Next Redmi 5 to be Amazon exclusive in India, expected to be priced Rs 6,999