We’ve been treated with quite a lot of Huawei P20 series leaks and renders over the past few weeks, and while we still have over two weeks until the official unveiling taking place in Paris, we have with us here a couple of the device’s purported wallpaper which you can now use on any phone.

If you wish to use these elegant Huawei P20 wallpapers on your device, you can hit the source link below to get them. While there is the widespread belief that there will be three version of the Huawei P20- the 20, P20 Plus, and P20 Lite, a more recent report says a fourth version – the Huawei P20 Porsche design might also be in the works.

Based on prevailing leaks and renders, we can safely say the whole of the P20 range is all about the camera and the display notch, but not without packing some powerful internals.  The Huawei P20 Pro is said to be the most premium of the bunch featuring not a single, dual, but triple-rear cameras,  while the base Huawei P20 and the P20 Lite is reported to have been scaled down to feature a dual-rear cameras set up. 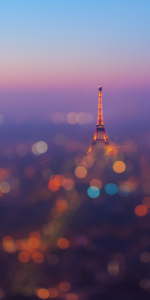 You can check here to see all the leaked photos, renders specs and expected specs of the upcoming Huawei P20 series.

Next Xiaomi Dipper with Qualcomm 845 processor spotted on Geekbench