Chinese manufacturing giant, Huawei, will unveil the P20 series on March 27 in Europe. There has been a lot of rumors and speculations with respect to these devices and as of now, most of the details of these smartphones have been revealed. However, a German retailer, Saturn, recently confirmed the leaked specs of Huawei P20. 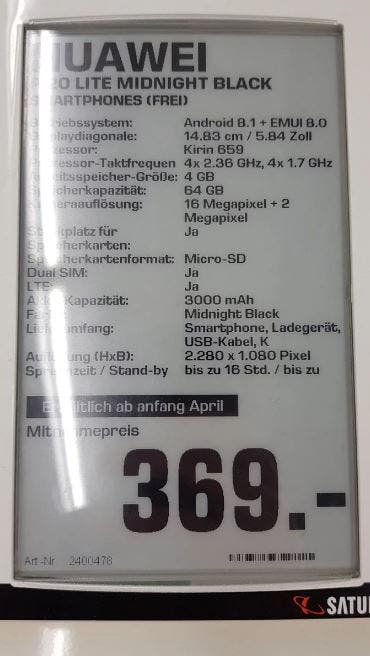 The Huawei P20 and P20 Pro will be powered by a Kirin 970 chip but while the P20 comes with 4GB of RAM, the Pro model has 6GB of RAM. The storage capacity for both models is 128GB and it is not expandable. The Huawei P20 will come with a 5.8-inch LCD display with a 2240 x 1080 resolution. It will also have a notch just like the iPhone X but much smaller. The notch will house the front camera. 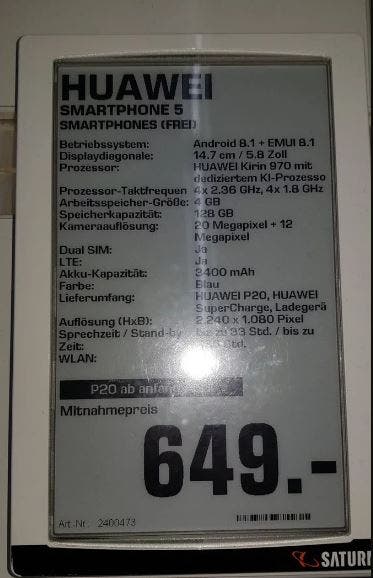 The major difference between the Huawei P20 and P20 Pro. The P20 model comes with a 12MP RGB sensor paired with a 20MP f/1.6 monochrome sensor but only the 12MP sensor is compatible with OIS. This smartphone supports super slow motion recording – 960 frames per second at 720p resolution. Both models use a 24MP selfie camera with “Light Fusion” technology. 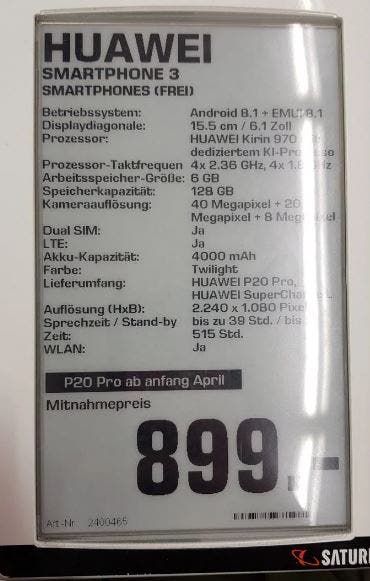 Previous Samsung Accepts Its Failure In China - Vows To Improve

Next HTC To Release One Flagship This Year - The HTC U12+