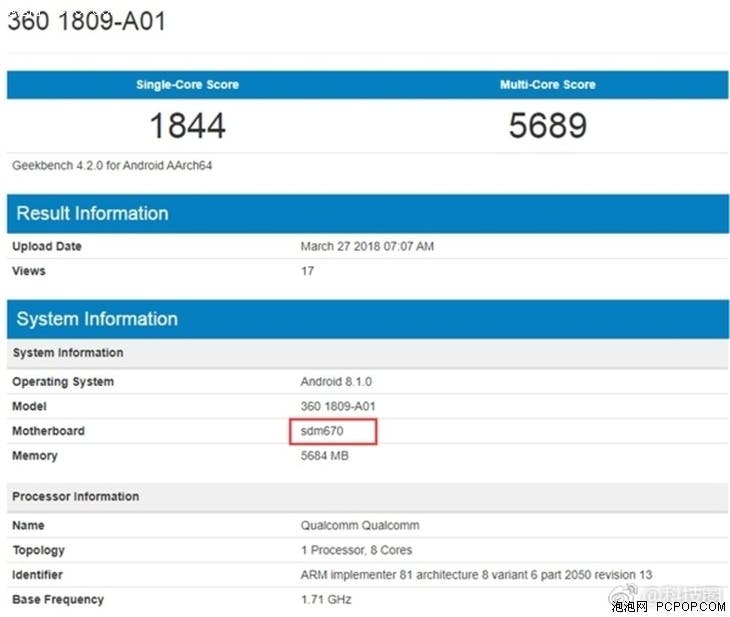 Qualcomm’s Snapdragon chips are definitely the most popular SoCs series in the smartphones market. This chip maker comes in with processors designed for all niches of the entry-level, mid-range, and top-notch. In this sense, the Snapdragon 660 was a buzzword once it was released. It greatly affected the success of VIVO, OPPO and other smartphone vendors that had been using it on their flagships. So the Snapdragon 670 should be the improved variant of it.

Currently, almost all chipmakers are working on models with AI. So there is every reason to think the Snapdragon 670 will be the AI integrated and optimized version of the aforementioned SoC. The GeekBench screenshot reveals it scores 1844 points in the single-core test and 5689 points in the multi-core test. Thus the scores are quite different if comparing to the SND660

At last, we see the manufacturer of the mysterious phone we are talking about is 360 Mobiles. So we can wait for another great handset coming our way from this manufacturer that is gaining momentum.

Next Xiaomi Mi Band 2 just $19.32 with Coupon & More at Lightinthebox