The OnePlus 6 is officially set for an unveiling. We reported just a couple of hours ago that the device will debut in China on May 17, now information reaching us says the company has again scheduled a London launch on May 16 where the OnePlus 6 flagship will be unmasked.

The OnePlus 6 global launch taking place in London will be preceded by the Chinese and India launch event in Beijing and  Mumbai on May 17. The London launch event will begin at 5 PM BST, but much like the China launch event, OnePlus will start selling Early Bird tickets for the event starting at 8 AM BST on April 25 until 8PM BST on Friday 27 at £16 / €18 each.  Regular tickets will cost £30 / €34 each and should be available for sale from 8.01PM BST on Friday 27.

The OnePlus 6 like most recent copycat phones from China will sport a 6.28-inch AMOLED display with a screen notch,  while the Snapdragon 845 64-bit octa-core chipset will be in charge of its processing needs with the most powerful variant having an 8GB of RAM and 256GB of storage. 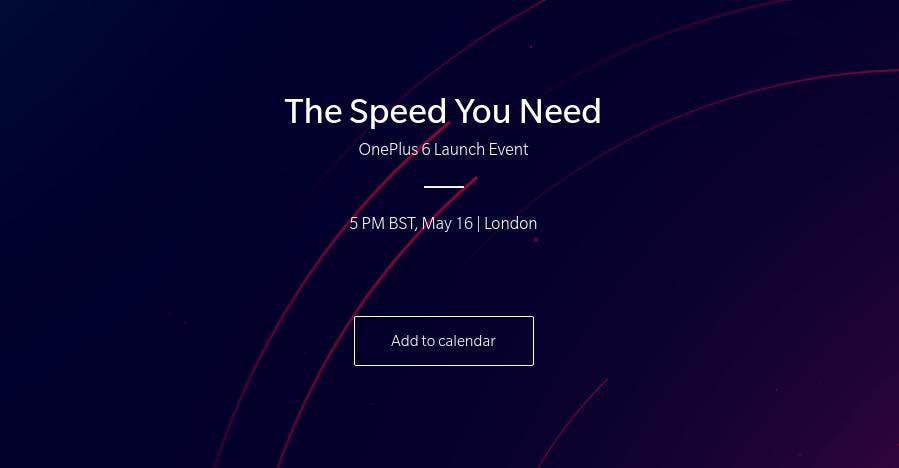 A recent teaser from the company indicates that the OnePlus 6, unlike its previous devices will have a glass design – an indication that the upcoming device might support wireless charging. A separate teaser also suggests the device might be water-resistance, however, we’re not sure whether the company means IP67 grade or IP68 grade water resistance. Obviously, the latter would be preferred but the former would do as well.

We’ll bring you more details in the days leading to its official.