We haven’t passed the half-way mark of 2018 yet and we’ve already seen some good offering from Xiaomi. However, a lot is yet to come. A new document unearthed from the EEC (Eurasian Economic Commission) by KillerFeatures reveals some of those. Furthermore, the documents validity date shows that some products listed could be far in the future. 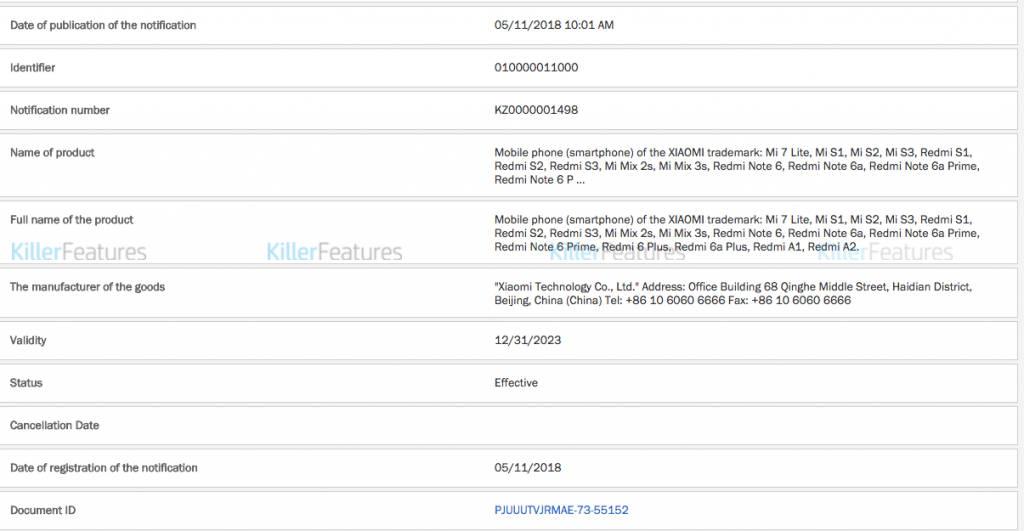 Interestingly, there’s also mention of a certain Mi 7 Lite. Xiaomi hasn’t launched a Lite version of its flagship and it would be interesting to see one. Also, we would like to mention the Redmi A1 which on the list which seems to be the entry-level Android One phone Xiaomi has talked about this year. The Redmi A2 would be its successor. Then there’s the whole Redmi Note series continuation. Below is the full list.

The closest to launch amongst these is perhaps the Mi 7 which is tipped to launch by the end of this month.