The Blackberry Key2 will be unveiled on June 7th, the previous report has confirmed. And ahead of the unveiling, the device has already cleared needed approvals from the like of  TENAA, WFA, Bluetooth SIG and recently from the FCC.

Listed as the BBF100-2, the FCC documentation doesn’t reveal any details about the device, but it does have a sketch showing the rear which suggests the device might come with an all-glass design.

According to the rumors and information from other certification bodies, the Blackberry Key2  is expected to come with Qualcomm’s mid-range chipset found in other mid-range phones like the Vivo X20 and Oppo R11S – the Snapdragon 660 processor. Given that the Blackberry Key2 is expected to come with a physical keyboard, it will obviously not come with anything near a bezel-free 18:9 ratio display, it will instead feature a 4.5-inch 1080×1620 reminiscence of that of the original KeyOne. The device is tipped to run Android 8.1 Oreo out of the box, while separate Geekbench listing suggests it might have a 4GB of RAM and  6GB RAMvariants.

the blackberry KEY2 is tipped to come with a dual rear camera setup, but the exact configurations remain unknown. 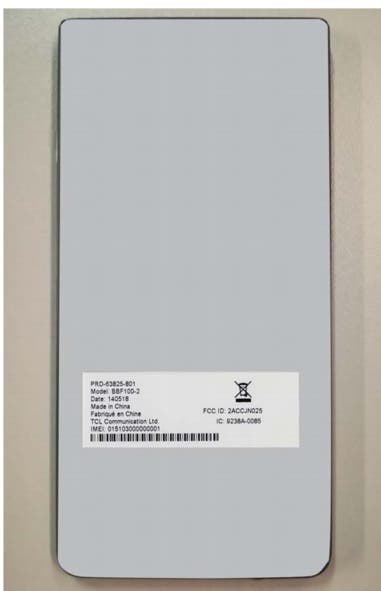 We’ll keep our eyes peeled for more updates on theBlackberry Key2 ahead of the June 7 launch date.