After becoming one of the first phone makers to adopt the 18:9 aspect ratio, Samsung seems to be gearing up for another take at innovation. A patent from 2016 details a chin-less smartphone, something only Apple has managed to do so far.

The patent does not speak volumes about the complete design but it does of the front of the phone. The images resemble the structure of a Galaxy Note device, with a boxy front and curved edges. The chin is absent and there are barely any bezels on the sides. The only significant amount of bezel is held by the top, with enough space for the earpiece and the proximity sensor. This patent is fairly old, with it coming into the limelight thanks to the recent filing for a continuation this year. 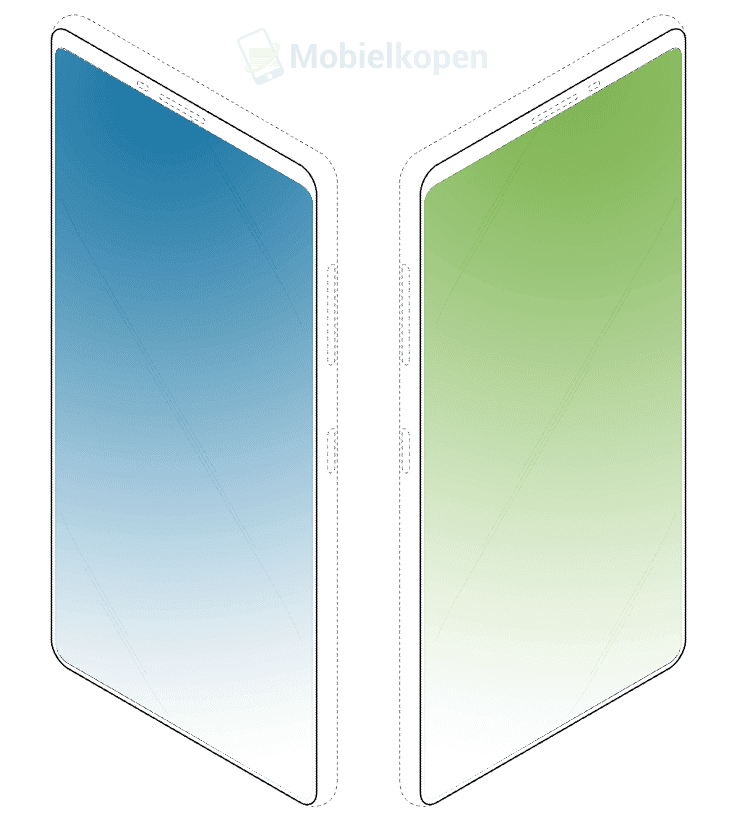 Now if you see closely, the rear has a patch that seems like a secondary display, and some reports say it is. But the patent says, “The broken lines shown in the drawings depict portions of the electronic device that form no part of the claimed design.” So there is probably a zero chance that the patch on the back is a secondary display. But apart from that, the chin-less design does look enticing.