Just recently, Xiaomi officially released a photo with a text ‘a large screen smartphone is …’ and said there will be good news tomorrow. So there is every reason to think we’ll learn the launch date of the much anticipated Xiaomi Mi Max 3. 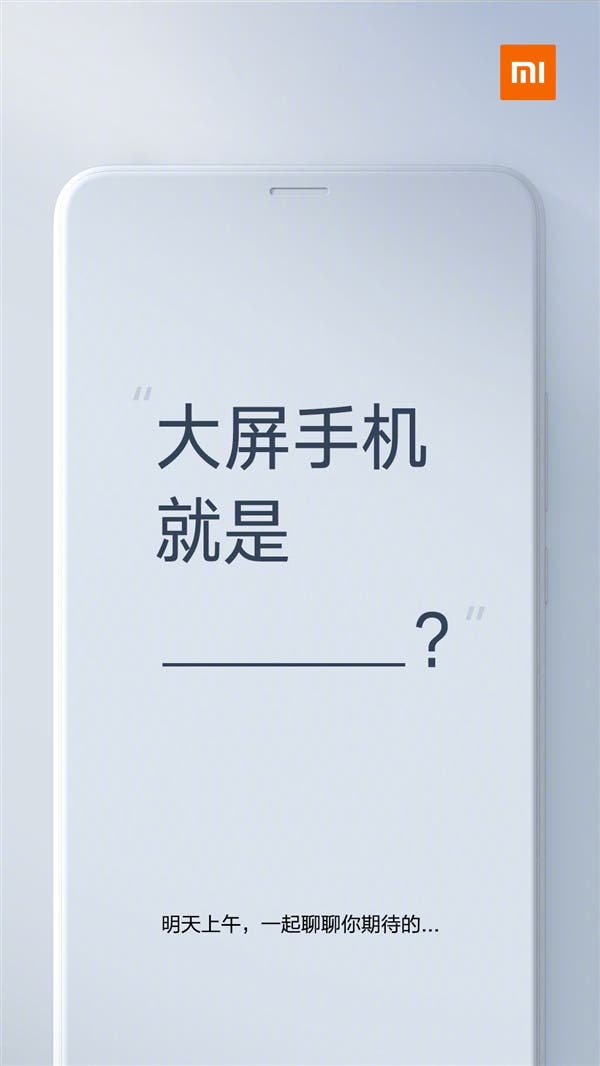 Actually, we know everything about the forthcoming model. It even has passed through TENAA. So from those leaks and MIIT documents, we learned the Xiaomi Mi Max 3 will be the enlarged version of the Xiaomi Mi 6X. Those enlargements refer to the screen as well as the battery capacity.

According to the previous leaks, the Xiaomi Mi Max 3 will be equipped with a 6.9-inch screen with an aspect ratio of 18:9. Thus this handset is going to be one of the largest full-screen smartphones in the world coming our way from a top brand.

Apart from this, our protagonist is going to sport a 5500mAh battery to provide a long-lasting battery life for heavy users.

As for hardware and photographing, the Xiaomi Mi Max 3 is rumored to come with a Snapdragon 636 chip, which in its turn should be paired with a 6GB of RAM and 128GB of internal storage. On the back, it will carry a 12MP + 5MP dual-camera accompanied by a fingerprint reader.

Generally, the Mi Max 3 continues the best traditions of large screen and large capacity battery found on the previous models of Mi Max series. But now it comes with a dual-camera and more. So it quite deserves our attention.

Mi Max 3 to get Android Pie in a few days