Samsung will be taking the veil off the phablet Galaxy Note 9 come August 9, and when it does, there won’t be much of info left to be released, as we know basically know all that the Note 9 will pack in terms of specs and designs. Reports say the Note 9 will be up for pre-order from August 14, and then go on sale in most global markets from August 24.

While the Note 9’s pre-order details have already been outed in some countries, indications have emerged today that the online platform- Flipkart India might hold the exclusive right to sell the Galaxy Note 9 in the country. To this end, the online retailer has now published a dedicated page with the tag Galaxy Unpacked on its Android, iOS apps and its mobile website.

The section is with basic details like pre-order price and rollout date, but instead contains the three teaser video so far released by Samsung as well as an option to sign up using your name, email ID, and phone number to receive notifications on the arrival of the Galaxy Note 9.

Samsung partnered with Flipkart India when it launched the Galaxy S8 duo and the S9 duo earlier this year, and the Galaxy Note 9 looks to continue that cooperation between both brands. Previous reports have it that the Note 9 could show up for pre-order in India as early as August 19, while its sale is allegedly slated for the first week of September in that country. 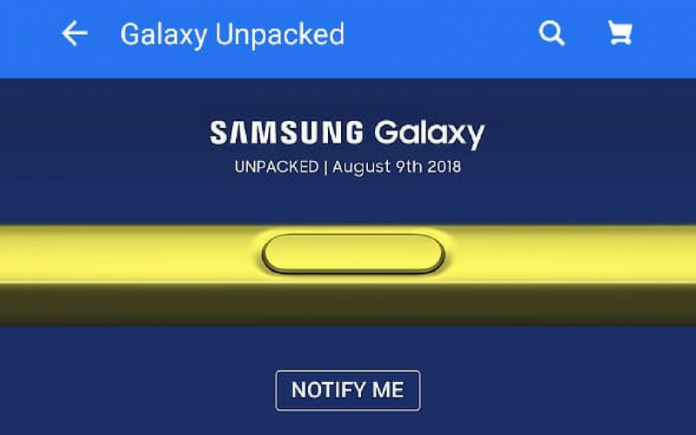 There is currently no official word on the Note 9 pricing in India, however, taking a cue from leaked pricing in Indonesia and Korea earlier today, the Galaxy Note 9 could go for as much as  Rs.83,000/ $1,200 in India for the 512GB variant. Global and local pricing should be made know on August 9 when the device goes official.

Next Budget Ulefone S1 with Android Go Oreo for just $9.90 ? Sure thing