The Honor 7S is official today in India with an entry-level price of Rs 6,999 ($100 Approx). It was teased some days back and we notified our readers yesterday about the launch that was supposed to happen eventually. This handset goes up against the likes of the hot-selling Redmi 5A and honestly doesn’t quite hit the mark. Take a look at the specs yourself.
The Honor 7S comes with a 5.45-inch HD+ display with an 18:9 aspect ratio and 73 percent screen to body ratio. It has no notch and is encased in a metal body. The rear has a single camera placed horizontally on the top left side and there’s no fingerprint reader on the phone.

In terms of processing power, it has a quad-core MediaTek SoC with 2GB RAM, and 16GB of internal storage. At least it runs Android 8.1 Oreo with EMUI’s latest version overlayed on top of it. 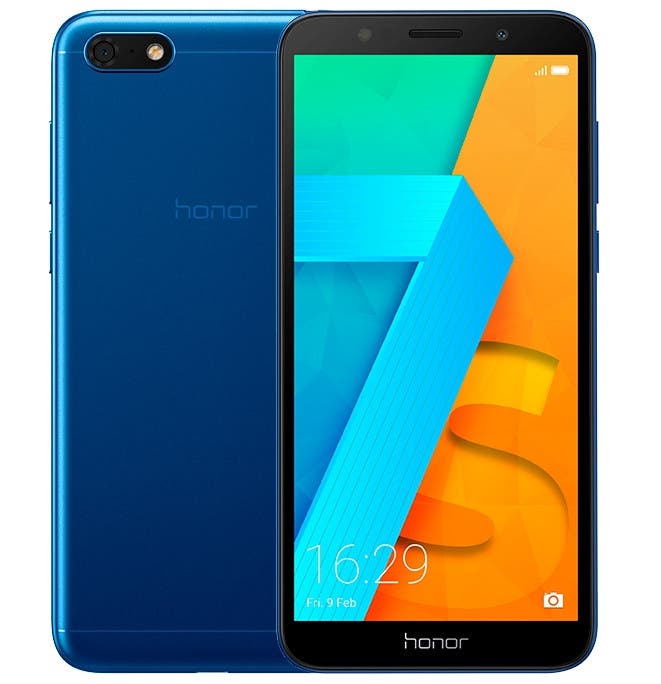 The Honor 7S has a single 13MP rear camera and a 5MP front selfie shooter that supports face unlock and has an LED flash. The dual SIM phone has a 3,020mAh battery and the total weight of the package is 142g.
The Honor 7S is available in Black, Blue and Gold colours and will be sold on Flipkart starting September 14.

To be honest, Honor’s new budget phone lacks the material to compete with the best – the Redmi 5A and others. Its processor isn’t on par with its counterpart, and there’s more bang for buck on Xiaomi’s budget device.

Next Samsung Galaxy View 2 gets Bluetooth and Wi-Fi certifications