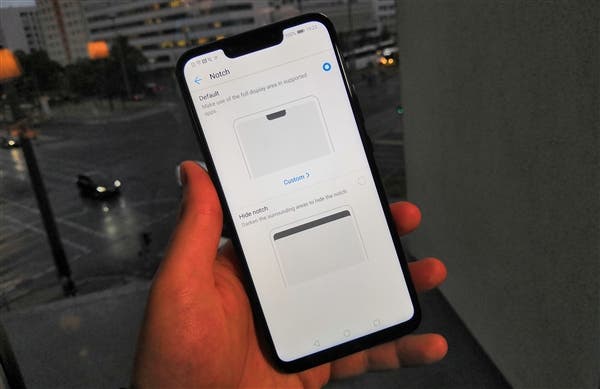 Though there is a week before the Huawei Mate 20 Lite will be unleashed, we know everything concerning its appearance and features. Say, the phone will be equipped with a 6.3-inch full-screen with a notch. It has a resolution of 2340×1080, an aspect ratio of 19.5:9), a screen ratio of 81%, and a body thickness of only 7.6 mm. 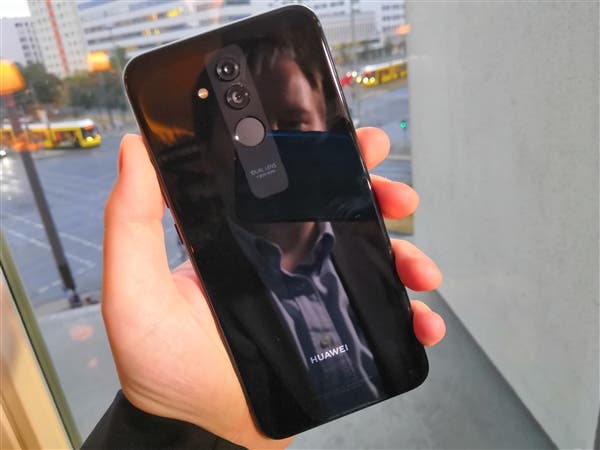 The Huawei 20 Lite uses the newly released Kirin 710 processor (the Nova 3i was the first), which uses a 12nm process, a quad-core A73 + quad-core A53 CPU design, a Mali-G51MP4 GPU (supporting GPU Turbo), and is paired with a 4GB memory and a 64GB UFS 2.1 storage. There is also a 3750mAh battery, which is capable of providing up to 17 hours when using normally. Other features include a dual-card dual-standby, a dual-band 802.11ac WiFi, a Bluetooth 4.2, a Type-C interface, a 3.5mm headphone jack, a dual-microphone noise reduction, and EMUI 8.2 (Android 8.1) system. 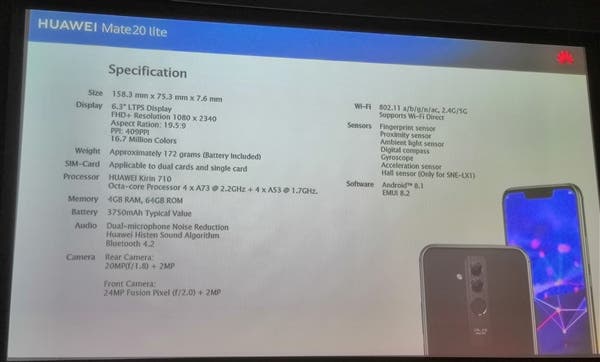 In terms of photographing, the Huawei Mate 20 Lite sports a 24MP (f/1.8) + 2MP dual-camera on the front, while the rear camera uses a 20MP (f/2.0) + 2MP sensors combination. As you guess, the sub-cameras are responsible for the depth of the field effect. At the same time, Huawei emphasizes that both front and back cameras support AI, including scene recognition, portrait mode, call noise reduction, smart album online shopping assistant (identifying products and guiding into Amazon store), and also support QMoji animated expressions, similar to Apple Animoji. 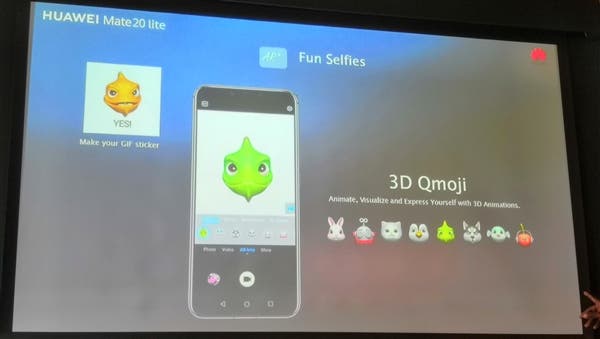