Today, Huawei held its “Knowledge-core” and Kirin 980 communication meeting where it officially brought this world’s first 7nm mobile phone SoC, Kirin 980 to Chinese media after its official unveiling at IFA in Berlin. This year’s Kirin 980 comes with the first commercial ARM A76 CPU/Mali-G76 GPU. It includes the Cat.21 baseband with 1.4Gbps speed, and LPDDR4X-2133 memory. This time, Huawei used the innovative 2+2+4 eight-core design, that is, the A76 has two large cores (2.6GHz) and two 1.92GHz cores. However, Kirin 980 did not reach the 3GHz reference value given by ARM when it released A76, and it did not have the 5GHz that TSMC stated in the 7nm paper. 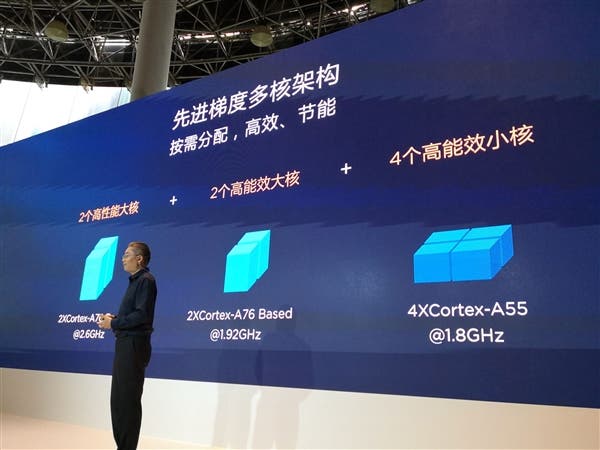 In this regard, Ai Wei, a Huawei Fellow explained that as a multi-processor system, it is difficult to run all the main frequencies so high. Secondly, the normal circuit power consumption is proportional to the frequency and proportional to the voltage. This means that to increase the frequency to 5GHz, it is necessary to increase the pressure, and at the same time, the power consumption will be too strong. This is also the reason why Kirin 980 uses the two-speed frequency A76 said, Ai Wei. He added

“There are not many scenes where the four large cores run to high frequency, the heat dissipation pressure is too large, and the mobile phone has to heat down…” 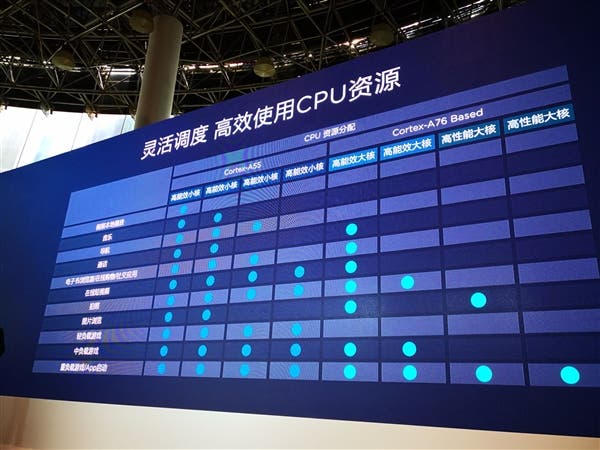 According to Huawei’s statement at the communication meeting, only in the heavy operations/APP startup link, that the eight cores will be fully operational. In other scenarios, the A76 is completely “idle” to ensure battery life.