Since the official first sale of OPPO R17 on August 30, it has quickly attracted the attention of the market and users. According to the latest weekly retail monitoring data coming our way from Chinese research institutes, the OPPO R17 performed well in the first week of the sales. The Stream Blue and the Neon Purple colors should be very eye-catching. 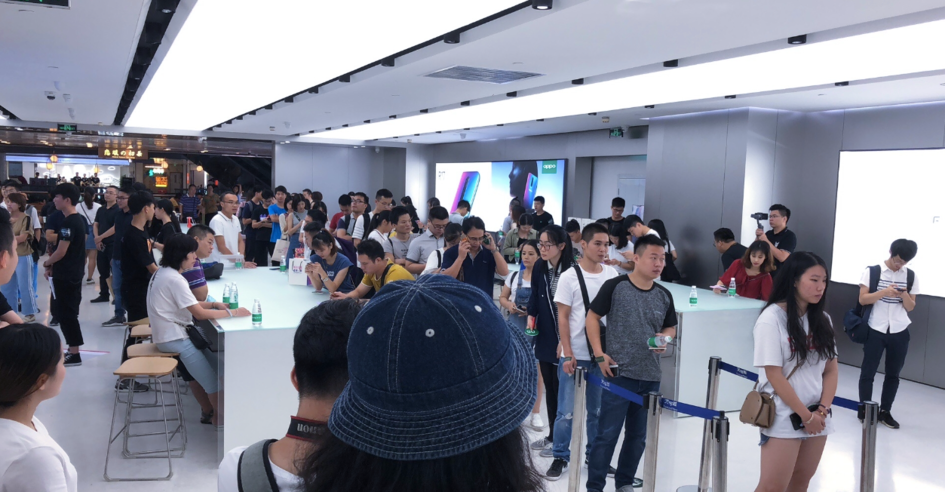 OPPO’s R series smartphones have already accumulated a very high popularity. The OPPO R17 wasn’t an exception. It once again caused a rush to buy and won the sales champions of multiple e-commerce platforms. It has already managed to create a new record for the sales volume and sales of the OPPO brand in the price segment of 3000-4000 yuan ($439 – 585).

At the same time, the OPPO R17 has also been much anticipated by consumers. Previously, a group of survey data showed that nearly half of users are interested in purchasing the OPPO R17. In terms of product selling points, more than 50% of users expressed the optical fingerprint screen technology used on this phone.

It can be seen that after the ‘gradual change’ of the R15, the ‘renewed’ R17 brings more leading technologies. So the R series smartphones that have been known for their strong camera capabilities are already associated with handsets that sport a ‘fashion design and innovative technology.’

It’s difficult not to agree with this statement, because the OPPO R17 sports a decent specs list, including a 6.4-inch AMOLED display, Snapdragon 670 chip, 8GB + 128GB storage combination, 25MP front shooter, 16MP + 5MP rear dual-camera, 3,500mAh capacity battery that uses VOOC Charge, and many more. But what’s more interesting, there is also the Pro variant, which comes with a triple camera design and many outstanding features.

Next The Nubia Alpha is a peculiar wearable smartphone