HMD Global, the modern home of Nokia phones teamed up with ZEISS last year to reposition the Nokia and Zeiss brands for modern day Android market. And while HMD global already started churning out smartphones with ZEISS-certified cameras, the brand has yet to extend same to its re-invented Nokia X series of Android phone. That is about to change if recent indices are to be taken seriously.

Following a couple of subtle teasers from HMD Global that suggest it could be releasing a Nokia X phone with the ZEISS camera,  the Nokia licensee has today announced that it would be announcing a new mid-range ( likely the Nokia X7 / Nokia 7.1 Plus ) on October 16 in Beijing, China. Alongside a few images taken with the Nokia X7, the company in a Weibo post said the alleged Nokia X7 / Nokia 7.1 Plus will come fitted with a dual rear camera with ZEISS optics for the best shooting experience even in low-light. 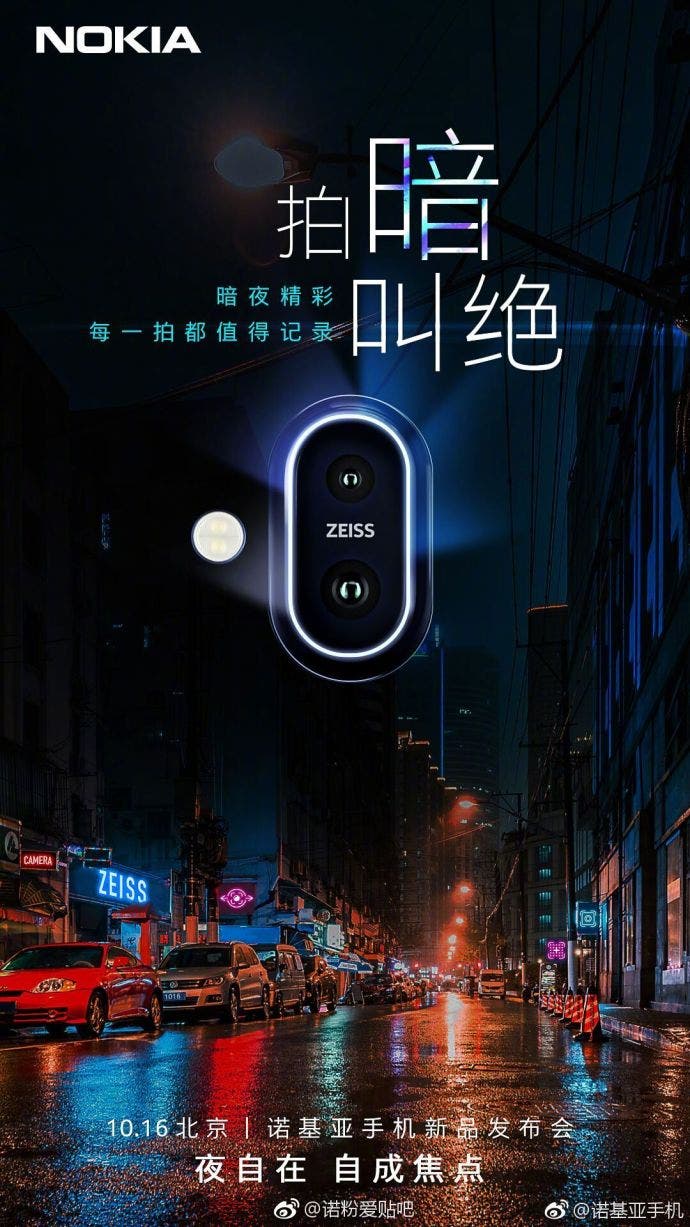 The Nokia X7 recently got TENAA’s nodding in China, and like the previous generation of the Nokia X series, the device will launch in other markets including India as the Nokia 7.1 Plus. Similar to several other Weibo images from Nokia, the recent release indicates the images were camera shots from a Nokia X with a ZEISS-certified camera, and given that there is currently no member of the Nokia X series with such tech, the odds are that the featured device could be an all new Nokia X7 / Nokia 7.1 plus.