Recently, There is a lot of demand for large-capacity storage on mobile phones, The new Mate 20 series comes in multiple storage variants with support for storage expansion via the new NM card expansion slot. However, Huawei has released a special 1TB mobile hard drive, to backup your Mate 20 Phone as simple as charging.

The price has not been announced yet, and the pre-sale has been opened. The storage drive will go on sale on October 26, and for the time being, only Mate 20 series phones are supported, Huawei says support for other models will be announced in future. 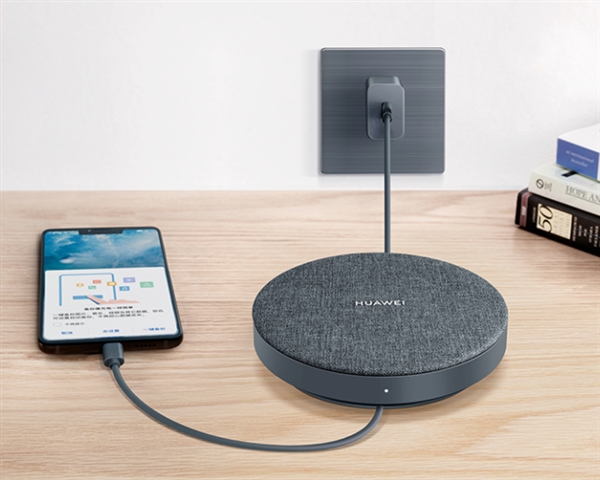 The Huawei backup storage drive has a circular design covered with woven waterproof fabric to cope with accidental water and splashing. The hidden wire storage box chassis is non-slip design, simple and orderly.

Its biggest feature is “charge is backup”, no need to install any app, no complicated operations, connection can backup photos, software and other data. It has a USB-C port and works with 5V/2A chargers as well as Huawei’s 9V2A and 5V4.5A chargers. Sadly, it doesn’t support the new 40W SuperCharge technology.

It is worth to mention that Huawei Mate 20 Pro new 40W fast charger delivers 100% in 68 minutes. According to the test results, the Huawei Mate 20 Pro started charging from 0%. After the first 68 minutes, it had 100%. After 15 minutes from the start of charging, the power reached 36%, and after 50 minutes it hit 95% at which point, the charging speed slowly drops.

Next Nokia X7 could go global as the Nokia 8.1