Meizu released the Meizu 16 and Meizu 16 Plus two flagship smartphones back in August. The next model from this series, namely the Meizu 16S will be announced soon. Today, the rendering of this handset was exposed, showing a full-screen design, a three-in-one camera, and the same screen fingerprint sensor function of the Meizu 16th. 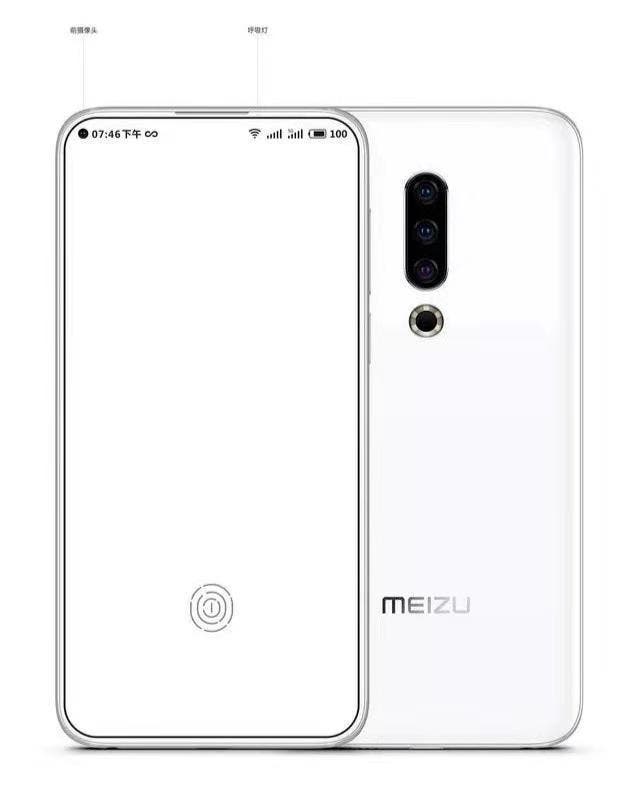 As the Meizu 16S rendering shows, the phone comes with not only a regular full-screen but also with a high screen ratio, and there are almost no borders around. Surprisingly, there is no notch on the top of the display. It is using a double-sided glass + metal middle frame design. Unlike other full-screen models, its front camera is placed on the top left corner of the forehead. But this is not going to be the Infinity-O screen seen on the Samsung Galaxy S10.

The back of the phone uses a three-in-one camera. The sensors are vertically aligned at the top center. Below the camera module, we can see the commonly used Meizu iconic ring LED flash. Combined with the previous news, it will come with a speaker, a USB C-type port, and a 3.5mm audio jack on the bottom.

We have also heard the upcoming Meizu 16S will be equipped with Qualcomm’s upcoming Snapdragon 8150 chip. It is said to be manufactured using a 7nm process node and coupled with an 8GB of RAM. Plus, it will support wireless charging.

Previous Farewell to Gionee: Company Not Capable To Pay Suppliers