Xiaomi has recently a special Forbidden City edition of its bezel-less king, Xiaomi Mi Mix 3, with special design, high-end specifications for some extra bucks. Today, Wang Chua, Xiaomi China president took social media to announce a new Forbidden City special product. Currently, the device that will get a new special edition is not clear, but considering the teaser picture, it could be a new version of Xiaomi’s wireless earbuds. 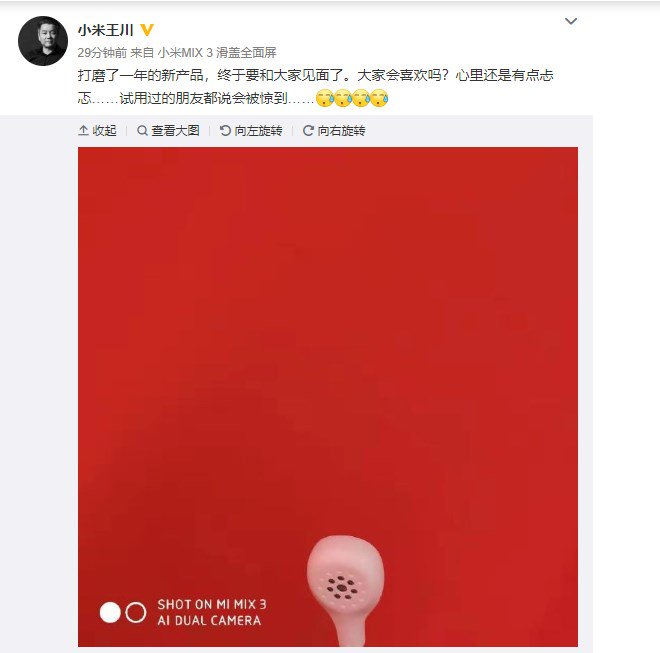 Maybe are our eyes, but the device here looks like an earphone, but it could also be a shower, it’s a matter of perspective. Despite the fact that nothing has been specified, Xiaomi’s new product is slated for a release later by tonight. Since there are no additional details we are left to speculation until Xiaomi provides more official details.

The first Forbidden City special product was the Mi Mix 3, the device came with 10GB of RAM and a respectable amount of 256GB of Internal Storage. Other specifications remain the same for both the special and standard editions of the smartphone. Considering the Mi Mix 3 stunning design in the special edition, we expect to see the same treatment being given to this new product.

Previous Xiaomi's new Rice cooker gets more than $144.000 in crowdfunding in just 1 hour and 40 minutes