Six months back, Samsung had filed trademarks for new terms such as Galaxy A10, A30, A50 that hinted the company would be renaming the series in the coming months. Samsung launched some new A series phones after that filing, but now it finally seems we could see a Galaxy A50 launch in the near future.

A Samsung model with SM-A505FN/DS has been spotted at the Wi-Fi Alliance today.  Granted that the listing doesn’t reveal much about the specs of the handset, it does validate the existence of the model. Some rudimentary info revealed from the listing include Android 9.0 Pie, dual-SIM capability, and dual-band Wi-Fi options. 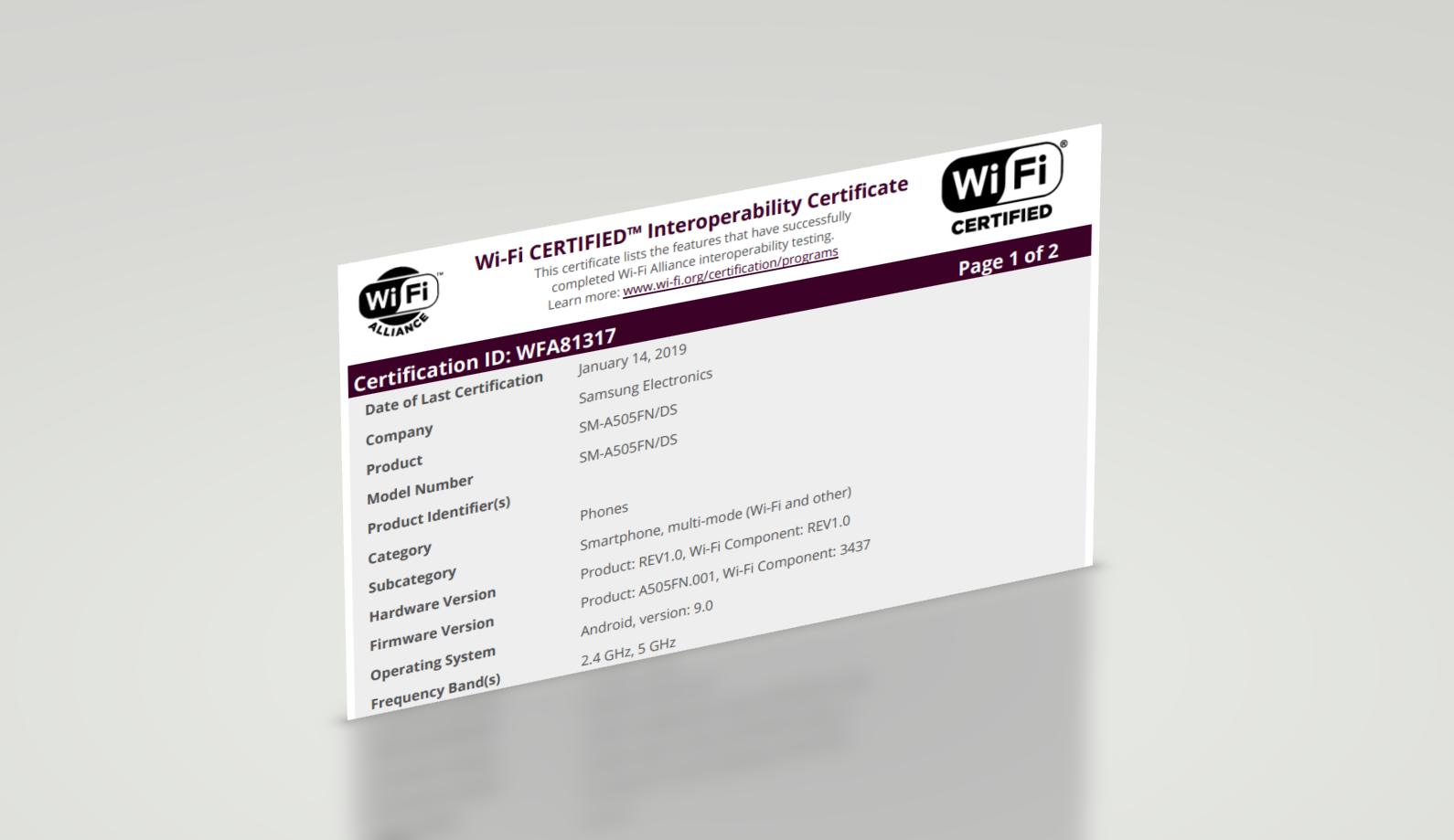 Since this is the first appearance of the presumed Galaxy A50 on a certification portal, we have previously seen it on Geekbench. According to that listing, the handset will likely have Android Pie running on an Exynos 9610 SoC accompanied by 4GB of RAM.

With Samsung announcing the Galaxy M series soon, it’s possible that some Galaxy J series models would be shifted to the Galaxy A line and the Galaxy A50 being one of such models. However, this is just one of several assumptions right now.

What do you think about Samsung’s new strategy for the Galaxy A series and the new models? Join us in the comments section below.

Galaxy A50 firmware update brought an issue to fingerprint registration