The Galaxy S10 is just a few weeks away from its official unveiling. The device and of course all its possible variants have been subject of rumors for a while now, so we have a good idea of what is in the offing. More details are still rolling out, and the device just made a trip to far away Brazil where it visited the country’s National Telecommunications Agency (aka ANATEL) for necessary certification.

Three models of the Galaxy S10 with the codename EB-BG970ABU, EB-BG973ABU, and EB-BG975ABU made it to the Brazilian ANATEL, and while the certification documents haven’t revealed all basic details, it does reveal some technical detail – the most prominent been the battery capacities of the various models. As revealed by the documents, the Galaxy S10 phones with the model numbers EB-BG970ABU, EB-BG973ABU, and EB-BG975ABU will ship with 3,000 mAh, 3,300 mAh, and 4,000 mAh, respectively. 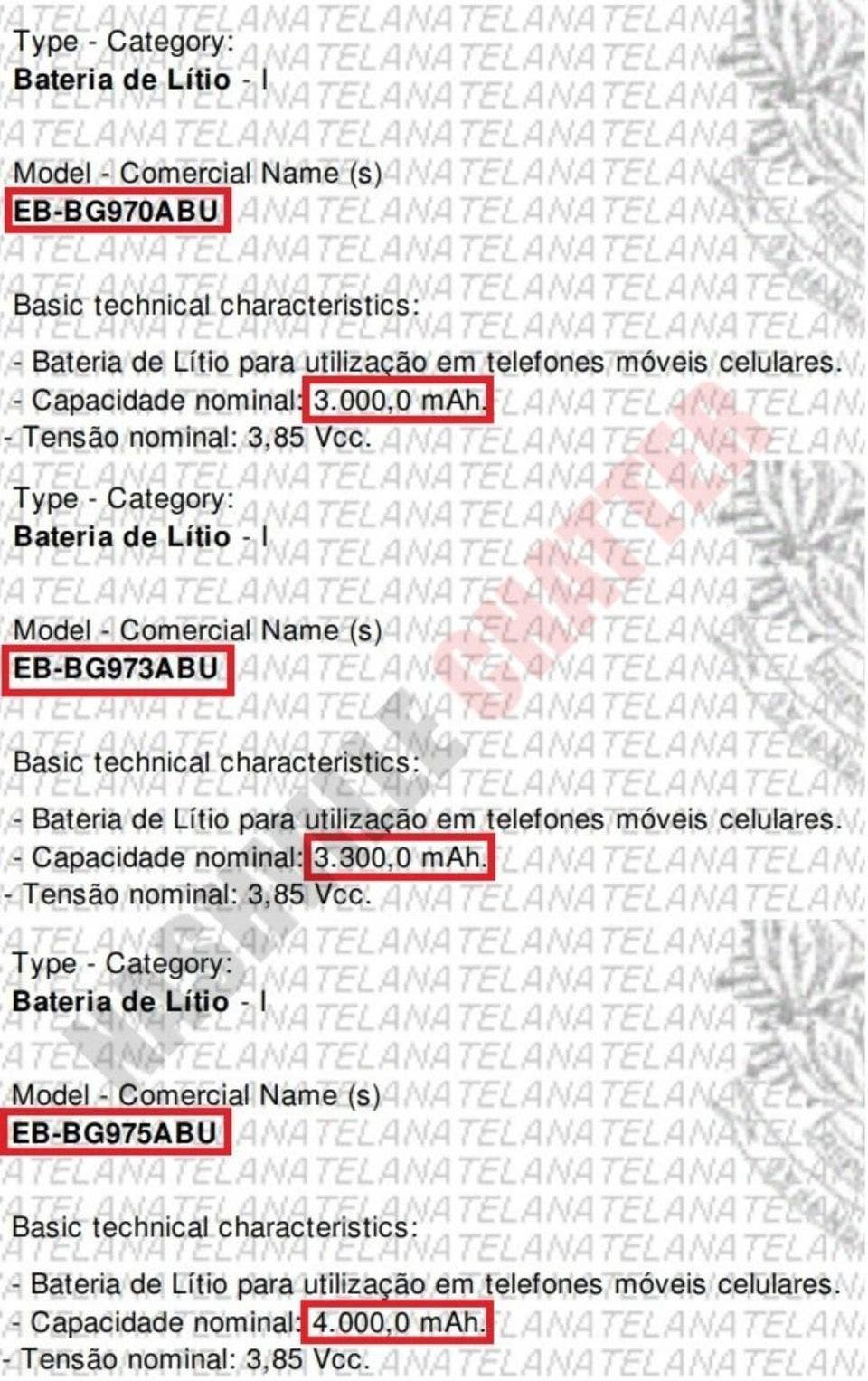 The listing lines up with previous rumors which suggest the Galaxy S10, Galaxy S10 Lite, and Galaxy S10 plus will ship with a 3,100mAh, 3,500mAh, and 4,100mAh batteries respectively. As noted by Forbes, these figures are typically a minimum power draw which gives flexibility for up to 200 mAh additional capacity when formally announced.

With these in tow, the Galaxy S10 range will end up as Samsungs most battery packed Galaxy S series representing a great improvement over last years Galaxy S9 range. In addition to more robust battery capacities, and faster charging, recent leaks suggest the S10 range will “feature excellent battery optimization and a more advanced cooling system” which should result in more efficient battery usage.