VoLTE – Voice over LTE – is an IP data transmission technology that delivers high-speed data service and high-quality voice and video communications. VoLTE is an important feature that mobile phone users care about because it brings a new HD call experience. Some operators in China have already started the commercial trial of VoLTE in some areas, which is a good development. However, according to feedback from users, China Unicom has discontinued this feature nationwide which has crippled the HD call activities of many. 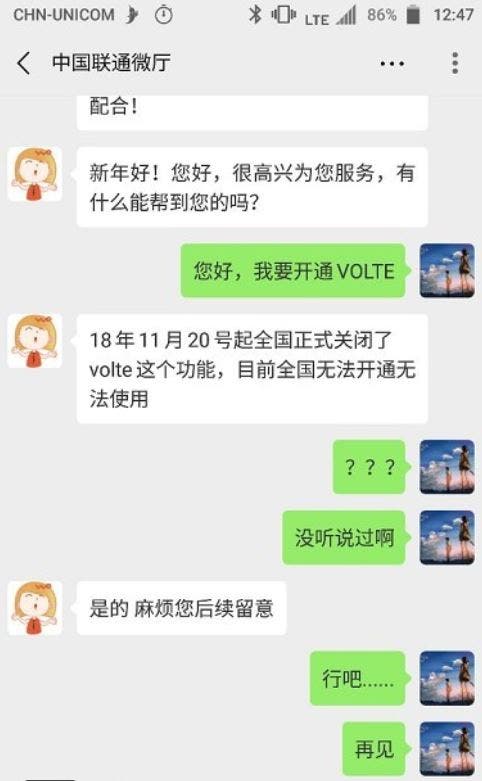 When users contacted the customer service, they were told that the service had been closed nationwide since November 20, 2018. China Unicom first completed all tests of the VoLTE service pilot in 2016. As of now, the exact reason why this feature was disabled was not told but the company says that it will probably be available again at the end of the year.

Back in 2015, China Unicom chairman, Wang Xiaochu, said that the company’s VoLTE development route will be ready for commercialization by 2018. However, it now appears that the company moved too fast and it needs more time to fully develop the feature.

Next OnePlus rolls out media invites for MWC19