The mid-range Galaxy A50 we checked out over here wasn’t the only A series phone launched at MWC 2019. The tech giant did also bring an even more affordable handset to Barcelona, the Samsung Galaxy A30.

The A30 comes with pretty much the same design of the A50 sibling. In fact, although the A30 will be quite less powerful and has less features, the screen is actually the same one at 6.4-inch in size, with FHD+ resolution and using Super AMOLED technology. As far as the internal hardware is concerned, the Samsung Galaxy A30 packs an octa-core Exynos 7885 CPU made on an older 14nm manufacturing process (thus less power efficient), coupled with either 3GB or 4GB of storage and 32GB or 64GB of internal memory. 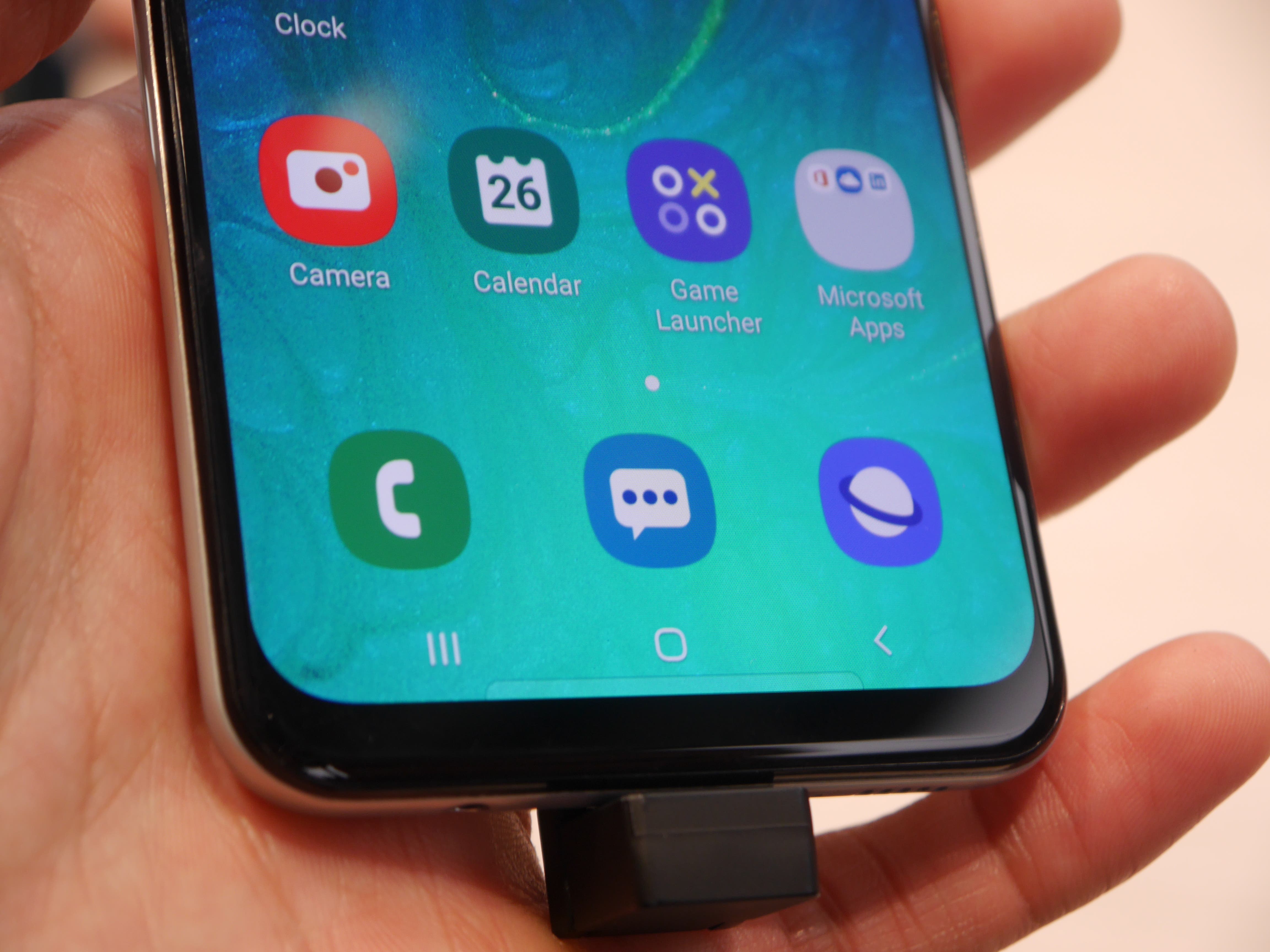 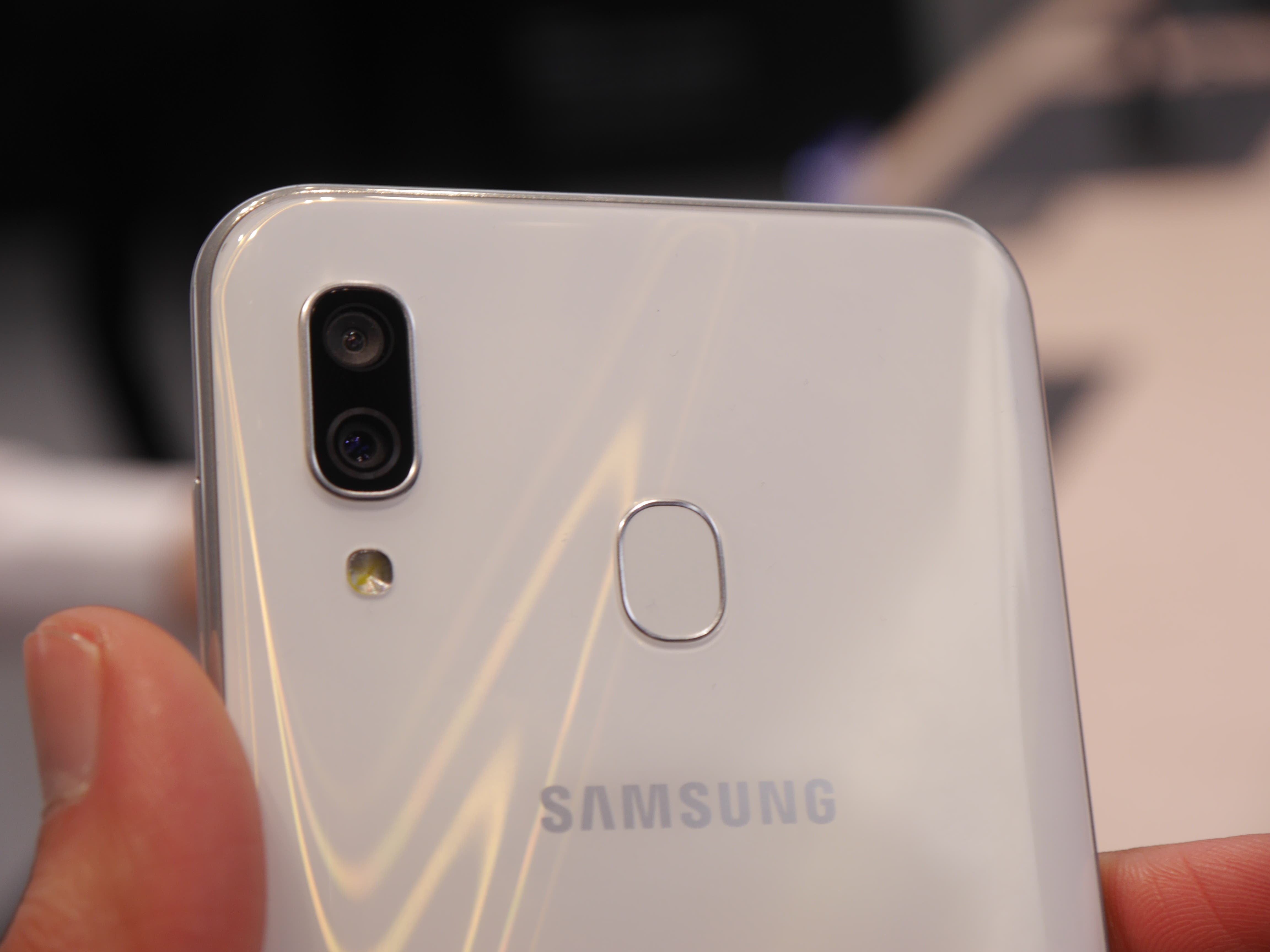 Other features on the rear-placed fingerprint scanner, a headphone jack, an USB Type-C port for charging and data exchange and IP68 certification.

Finally, the Samsung Galaxy A30 comes with a large 4000mAh, making it a really interesting option in a market filled with lots of 3000mAh-ish devices. 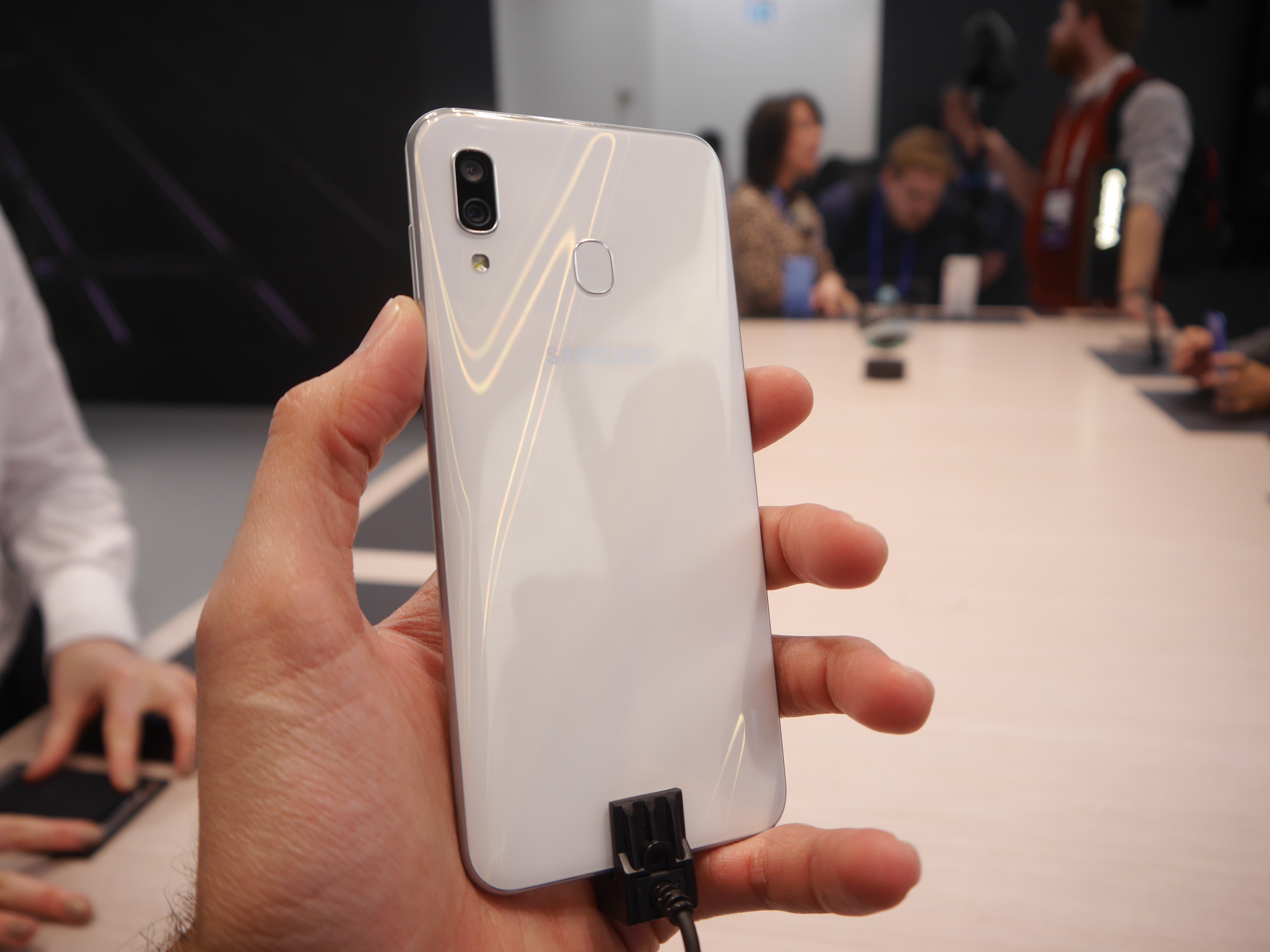 As far as our opinion goes, the smartphone looked pretty nice with the large AMOLED display and the slim design while still packing a large battery. If the pricing stays around the 250€ this might be one of the phones to go for, at least for people who are fine with Samsung’s software.