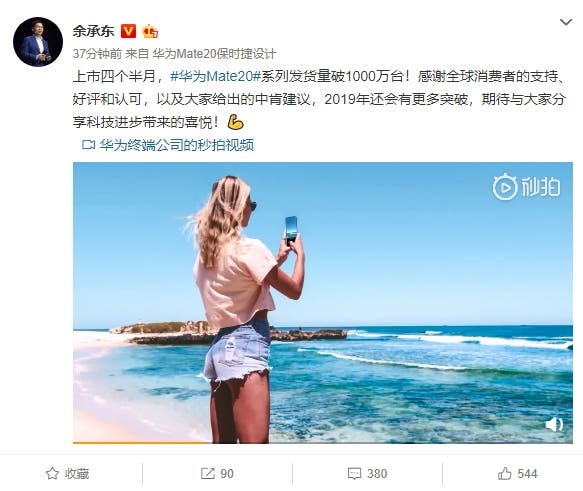 At the just concluded MWC019, the Huawei Mate 20 Pro defeated many flagship mobile phones released in the same period or recently, and won the “Best Smartphone” award from the MGC organizer GSMA, known as the “Oscar” in the mobile phone industry, highlighting the strength of the Huawei Mate 20 series flagship.

Previous Huawei has no plans to sue the Australian government

Next Huawei P30 series to "rewrite the rules of photography"