This morning, VIVO revealed some details of its upcoming flagship smartphone. Besides two promo posters, it also released the photos of the blue variant. But let’s talk about everything in its turn. 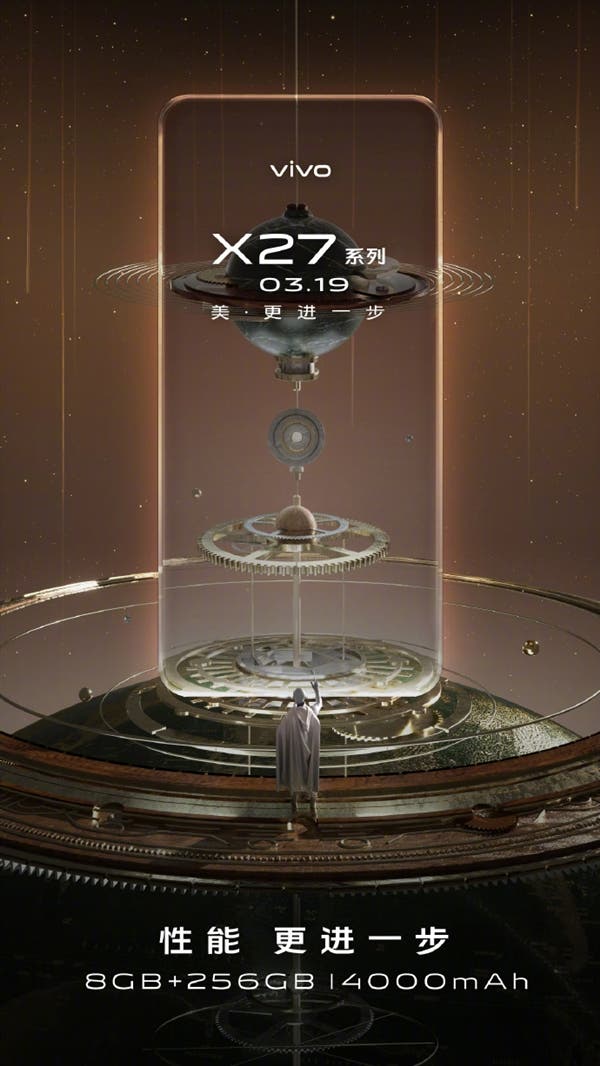 First, it turns out the VIVO X27 will have an 8GB RAM + 256GB storage variant, and the battery capacity will be 4000mAh. Apart from this, we have previously heard this handset will use a ‘zero-screen’ full screen, which accounts for 91.6% of the front panel and has a resolution of 2340×1080 pixels. Under the hood, the VIVO X27 will be equipped with a Snapdragon 710 processor, and it will run on Android 9.0 based system. It will also support screen fingerprint recognition. Due to this configuration, it scores 206,631 points in AnTuTu. Thus, it’s considered to be a mid-to-high-end device. 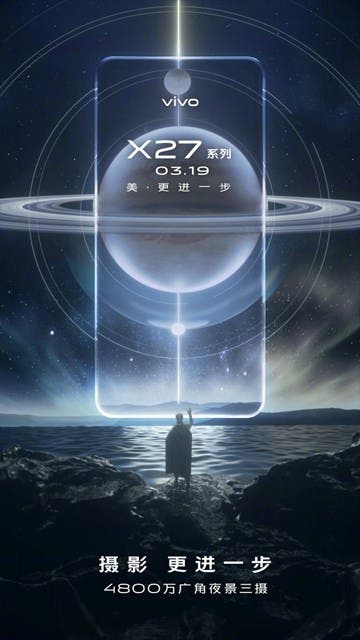 There should be three cameras on the back, of which the main lens has a 48MP resolution. This is the first smartphone of the company to use a 48MP camera. But it still remains unknown whether this is the Sony IMX586 or the Samsung GM1.

It is reported that for the first time the VIVO X27 will introduce the ‘peacock feathers’ texture. Three camera sensors are placed vertically. The flash has a relatively centered position. So the visual effect is more balanced. Such a design increases the product recognition. Not only that, it uses a lift-up front camera solution, which is the first smartphone in the VIVO X series to use a pop-up front camera.

The VIVO X27 will provide three highly recognizable colors of blue, pink, and emerald. The company has also released the photos of the former variant. 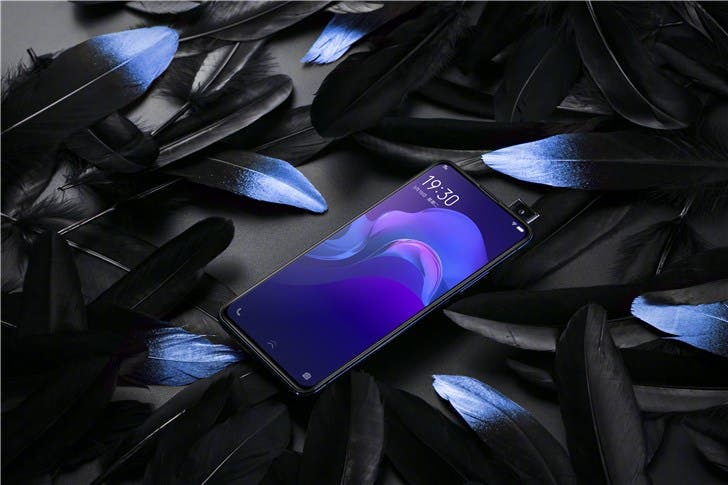 The VIVO X27 will be officially announced on March 19th. At present, the X27 has already opened an appointment on the official website. As of 10:29 am on March 13, the official booking exceeded 430,000. 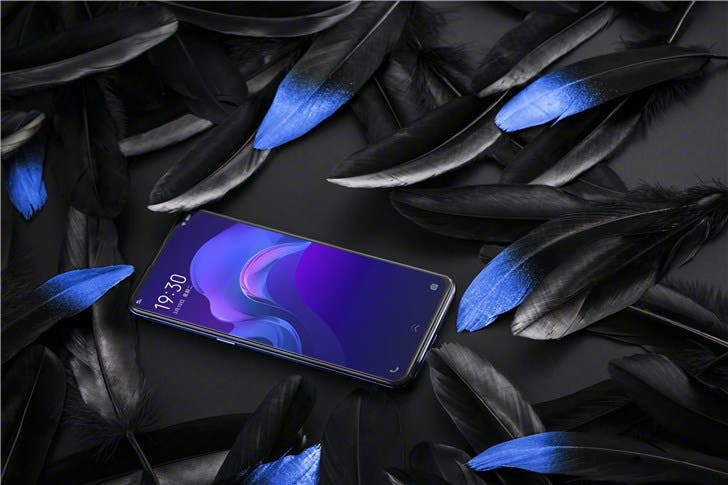 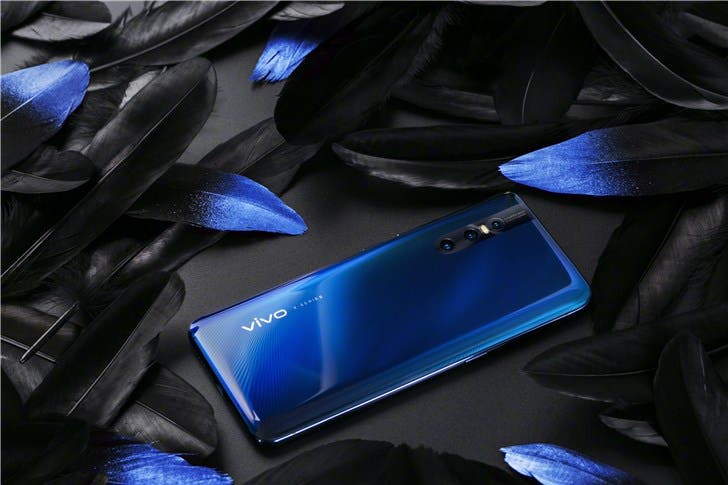 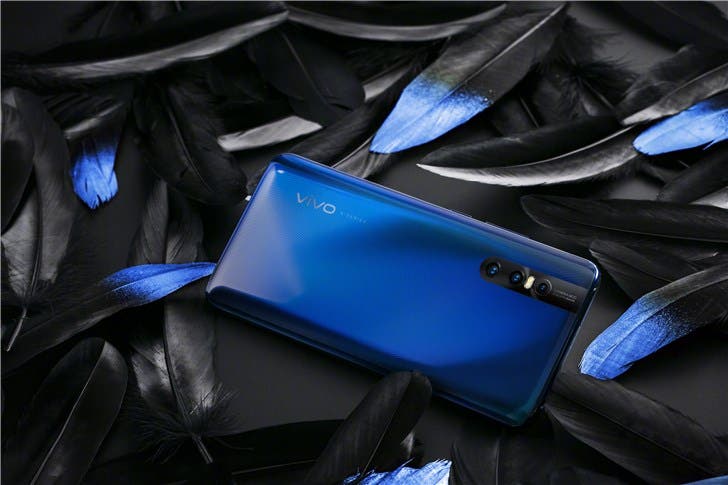 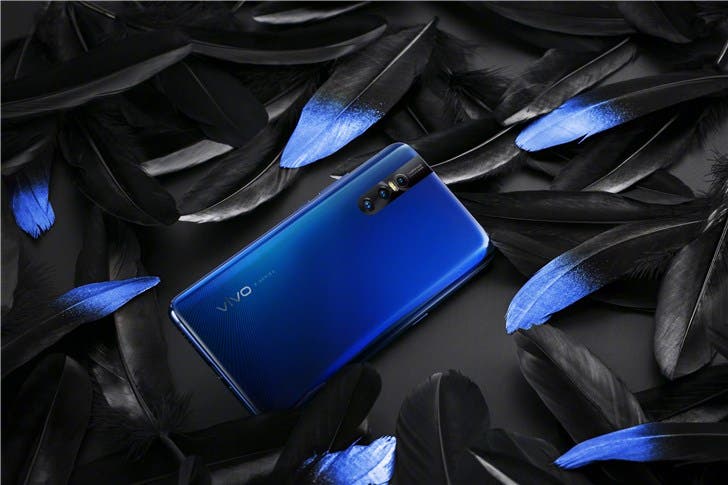 Why Snapdragon 675-Powered Phones Have Different Pricing at Xiaomi and VIVO?