Yesterday, Black Shark Technology held a new product launch conference in Beijing where it officially released the Black Shark 2 gaming phone. Before the official release of this smartphone, Black Shark CEO, Wu Shimin, emphasized that the Black Shark 2 gaming phone comes with DC dimming technology which reduces the hotness of the OLED display. At the same time, this feature also optimizes the eye protection function of the device.  Today, Meizu technology engineer, Hong Hansheng, revealed that Meizu mobile phones will also use this feature, and updates may be released for models that can support it. 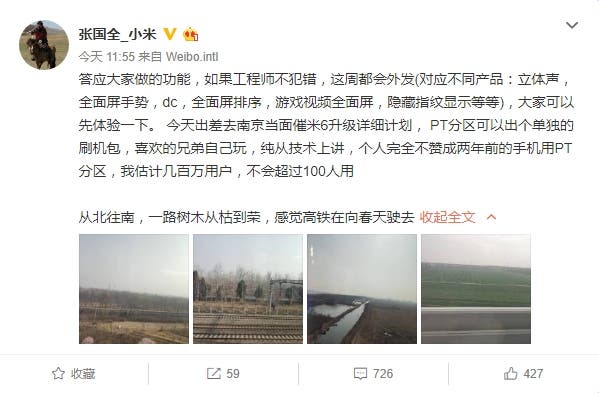 Now, Xiaomi has indirectly announced that the Xiaomi Mi 9 will get this feature pretty soon. It appears that DC dimming is the new trending support for OLED displays. Xiaomi mobile phone system software department director, Zhang Guoquan, said that if everything goes according to plan an update will be released this week. Some of the features he listed include stereo, full-screen gestures, dc dimming, full-screen sorting, hidden fingerprint display, etc.

Prior to this, the deputy general manager of Xiaomi smartphone department (touchscreen), Wu Cangzhi, said that Xiaomi Mi 9 will support DC dimming soon. For Xiaomi Mi 8, which also uses AMOLED screens, Wu Cangzhi said: “we will continue to evaluate its compatibility and hope to get a positive result soon”. It is reported that the DC dimming principle is to change the screen brightness by increasing or decreasing the circuit power. Power = voltage x current, so changing the voltage or current can change the screen brightness.

Next The US opens "THz wave" frequency for 6G development